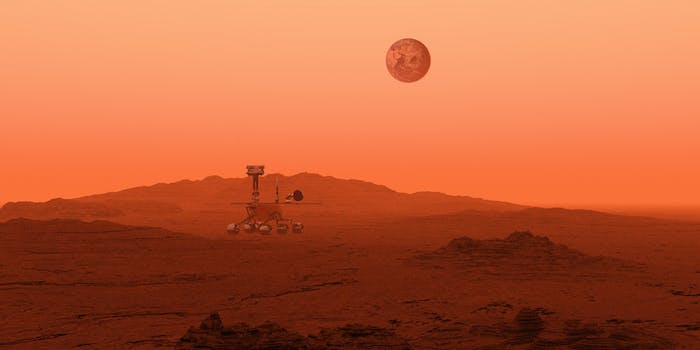 Aptly named the Mars Curiosity Rover, the 1,980-pound explorer has been the subject of hundreds of memes, fan art, and GIFs since it landed on the red planet on Aug. 6, 2012. Not to mention, a hugely popular Twitter account and parody account tweeting out the best Mars moments.

Many of the GIFs, including the two below, have been made using photographs captured by the rover. These photographs were compiled into a stunning NASA highlight reel posted Thursday on YouTube, where it’s been viewed 928,000 times.

“The time has gone by quickly, but we’re amazed at how much we were able to accomplish,” Curiosity chief scientist John Grotzinger told Fox News. “The whole thing has just been the experience of a lifetime.”

Last fall, my colleague Jason “challenger” Reed and I created the following Curiosity-inspired Daily Dot doodle as part of a holiday project. Because of some scheduling and programming snafus, it never saw the light of day. Until now.