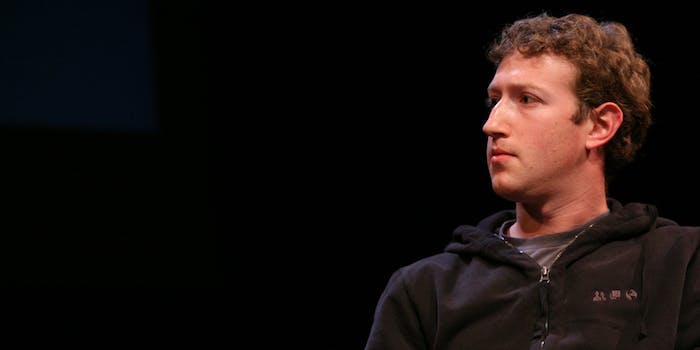 Mark Zuckerberg took to Facebook today for a rare rant calling for more transparency from the U.S. government regarding Internet security. The Social Network guru expressed thinly veiled chagrin, saying he’s been “confused and frustrated” by the attempts of the NSA and other government organizations to access private information.

“To keep the Internet strong, we need to keep it secure,” he wrote. “The U.S. government should be the champion for the Internet, not a threat.”

Zuckerberg’s rant, delivered via his Facebook page, didn’t state precisely what the “behavior” was that he was reacting to. But the post comes just after reports surfaced that according to whistleblower Edward Snowden, the NSA used a fake copy of Facebook to infect individual computers with malware in order to access the contents.

Facebook claimed its implementation of login encryption meant that such a breach was no longer possible. But the idea of Facebook being used as a decoy for government spying tactics could explain Zuckerberg’s anger.

“When our engineers work tirelessly to improve security, we imagine we’re protecting you against criminals, not our own government,” Zuckerberg stated.

The US government should be the champion for the internet, not a threat. They need to be much more transparent about what they’re doing, or otherwise people will believe the worst.

I’ve called President Obama to express my frustration over the damage the government is creating for all of our future. Unfortunately, it seems like it will take a very long time for true full reform.

Must have been one unsuccessful phone call. Zuckerberg closed with a call to Facebook users to “build the Internet” they want to see:

So it’s up to us — all of us — to build the internet we want. Together, we can build a space that is greater and a more important part of the world than anything we have today, but is also safe and secure. I’m committed to seeing this happen, and you can count on Facebook to do our part.

Though Zuckerberg was vague on what Facebook’s “part” is, Facebook audiences responded with overwhelming approval. At press time, 25,000 people had given Zuck and his stand against privacy invasions the thumbs up.