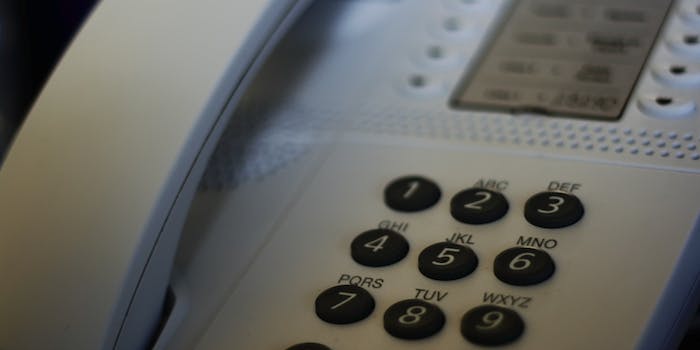 His reaction is almost unbelievable.

Normally it just ends with a polite decline or a hangup, but it can really get interesting when it goes off-script—like when a woman tells the telemarketer who called her she’s recording him.

Telemarketer Mark, it turns out, really doesn’t like being recorded. He accuses the woman he called of having a conversation “based on a false pretense,” he tries to bribe her to prove he’s being recorded, and at times it’s hard to tell whether he’s asking her the questions or asking himself.

“So you’re trying to deceive and you think you have some mind control thing going on when you don’t,” he said. “I am in charge, I am always in charge, and I will always be in charge.”

But no matter what she said, Mark didn’t believe any of it.

“What would you do? Who would ever want to listen to a recording of me? What are you gonna do, put it on YouTube?”