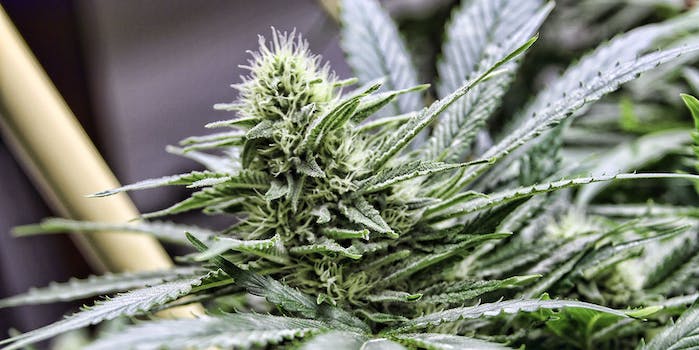 Why we need to finally legalize marijuana

In all the discussion over marijuana legalization, we're ignoring the obvious: It would be ludicrously profitable.

As the midterms this week showed us, America doesn’t agree on a lot, but it can agree on weed: A growing number of states are done with prohibition and ready to legalize, or at least decriminalize, marijuana for recreational and/or medical uses. They’re backed by publications and individuals from every point on the political spectrum, including the staidly conservative Economist and, of course, organizations like the National Organization for the Reform of Marijuana Laws (NORML).

Setting aside the myriad reasons presented for legalization—like confronting racist marijuana policy, ending moral panic over drugs, lowering crime rates, and ending drug-related pollution—there’s one clear case for legalization, and it boils down to this: It’s the money, stupid.

Legalizing marijuana on a federal level would provide economic benefits for the United States in the billions, precisely at a time when the federal economy needs a major boost. It’s not just the feds, however, who would benefit; legalization would provide top-down economic improvements in local communities, state coffers, and more. In addition to bringing in funds, it would save regional and state governments substantial sums in currently wasted law enforcement dollars.

For a country obsessed with free market capitalism and government spending, the United States has been slow to act on repealing marijuana prohibition, thanks to the tangled associations between marijuana and morality. In a nation where substances like tobacco and alcohol remain legal, highly regulated, and highly profitable, it’s surprising to see marijuana still tarred in stigma—especially when Clinton, Bush, and Obama have all admitted to having a toke (whether they inhaled or not).

On Tuesday, Washington D.C. approved legalization (this pends Congressional approval), joined by Oregon and Alaska. Florida narrowly defeated another legalization measure, hampered only by the majority needed to make a constitutional amendment. Washington and Colorado had already fully legalized the drug, and numerous other states either have medical use or decriminalization statutes on the books. (California’s 215 is probably the most famous, as the state was and remains an early leader in marijuana policy reform.)

In a 1970 essay for the New York Times, Gore Vidal spoke to a previous era of prohibition in U.S. history, cautioning the reader to avoid repeating the lessons of the past. Vidal wrote, “No one in Washington today recalls what happened during the years alcohol was forbidden to the people by a Congress that thought it had a divine mission to stamp out Demon Rum and so launched the greatest crime wave in the country’s history, caused thousands of deaths from bad alcohol, and created a general (and persisting) contempt for the laws of the United States.”

44 years later, the editorial board of the same publication was calling for full legalization. “It has been more than 40 years since Congress passed the current ban on marijuana, inflicting great harm on society just to prohibit a substance far less dangerous than alcohol,” the editors wrote, going on to debunk many of the social arguments against legalization and making a compelling case for ending prohibition. One factor the editorial didn’t address in detail, however, was the economic reasoning for allowing marijuana to be sold freely in the U.S.

The most obvious economic aspect of the case for legalization lies in tax revenues. Average annual trade in marijuana is estimated at $113 billion, which represents nearly $45 billion in taxes slipping through our fingers, according to Harvard economist Jeffrey Miron. Without being able to regulate and monitor the sale of marijuana, tax authorities miss out on municipal, state, and federal taxes that could fund a broad assortment of initiatives—including, of course, assistance programs for drug users, a measure supported in lieu of incarceration by over two thirds of Americans.

Given the large volume of marijuana trafficked in the U.S. annually, these gains could be quite significant. While some argue that legalization will cause prices to drop, this could be offset by a predicted increase in consumption (though some argue against this claim). This offset may not be viewed positively by all, but one of the cornerstones of freedom, after all, is the freedom to make personal decisions about what you put in your body and when. With legalization, those who choose to consume marijuana and byproducts like edible and tincture of cannabis would at least be assured regulated, safe products.

Taking marijuana out of the black market and into the public light also provides clear savings for the government on top of net tax gains. The drug war costs the U.S. government a tremendous amount annually, and while this failing initiative covers a range of Schedule I drugs (including not just marijuana but cocaine, heroin, and meth), spending would certainly decline without marijuana in the picture. Instead of wasting $1 trillion dollars on direct law enforcement initiatives yearly to investigate suspected growers, traffickers, and dealers, the government could focus on more pressing initiatives.

Legalization would also cut prison spending, rather dramatically. An estimated one in four people are in prison solely because of non-violent drug offenses, including possession, sales, and repeat offenses related to marijuana. Notably, marijuana-related arrests make up a significant percentage of law enforcement actions involving drugs. The vast majority of these individuals are black and Latino, reflecting racial imbalances in the justice system—people of color are more likely to be profiled, more likely to be caught, and less likely to be able to bring an adequate defense to court. This combination of factors leads to gross overrepresentation of members of these communities in prisons and jails across the nation.

Cutting down on the number of men imprisoned for drug-related offenses also has indirect economic benefits, by keeping men in their own communities, an issue that was recognized as early as 1988. Systemic poverty can be directly linked to fractured communities, such as those that have been torn apart by the drug war. Allowing men to remain with their families, economically participate in their communities, and contribute to society boosts not only their own economic chances and those of their families, but the community as a whole. Opening the prison doors would be a good start to solving the thorny problem of entrenched poverty among communities of color in the United States—and it’s worth noting that poor communities are themselves an economic drain, requiring more government support and a stronger safety net because they are unable to support themselves.

On a more local economic level, legalization will create a ripple effect through tangentially related industries. With the legalization of a crop that requires cultivation, farmers, farmworkers, fertilizer firms, and other manufacturers of agricultural products all stand to benefit—and thanks to the widespread adoption of indoor growing in the marijuana industry, sales of supplies specific to that method of cultivation should also soar. Additionally, given the large power demands associated with indoor growing, it’s possible that the likely boom in marijuana cultivation could also stimulate the alternative energy industry—especially as consumers pushed for organic and ethically produced marijuana.

Furthermore, more open cultivation means a reduction in illegal farming, fertilizer pollution, and related problems, which is intrinsically better for the environment, while also saving environmental agencies money along the way. Without the need to send evaluation and cleanup crews for grow operations, such agencies can allocate their funds more productively.

Likewise, trucking, rail, and other transit firms stand to benefit, as the drug has to transported after processing, even if just regionally. Parent firms, drivers, and manufacturers of handling equipment would all be feeling the expansive new marijuana economy, and reinvesting the proceedings into expanding operations. For labor unions, this could indirectly provide an opportunity to reopen negotiations over pay, working hours, and benefits, which would stimulate further localized economic growth.

Packaging, retail, and processing industries also stand to benefit from legalization, as do testing labs and certification facilities. In a nation where the drug is legalized but regulated, samples need to be routinely tested and certified, which requires experienced drug scientists to monitor the quality and integrity of the drug supply. This holds double for processed marijuana products like tinctures and marijuana food products, which would need to be evaluated by both the FDA and the FTC—the latter would be interested in truth in advertising and labeling claims. That translates to job growth in a variety of high-skilled sectors.

Tourism, too, could benefit from legalization; the U.S. need look only to Amsterdam for an example. While the Dutch city is a popular tourist destination for a broad assortment of reasons, one is the nation’s liberalized marijuana policy, which allows visitors to sample an array of marijuana products in the cities coffeehouses and cafes. While the streets of San Francisco and Berkeley already ring skunky with the scent of marijuana at some times of the year, full legalization would lead to more open usage of the drug, along with an uptick in tourist rates to regions well-known for their crop and the quality of their marijuana products, such as the Bay Area.

For those who argue that free-market capitalism is the most rational approach to economic balance, marijuana legalization would certainly be an ideal test case. The obvious economic benefits so outweigh the social concerns that one can only conclude the issue is one of morals and nothing else—is the United States ready to drop the pretense of moral panic over marijuana when alcohol, tobacco, and other substances are already legally available?