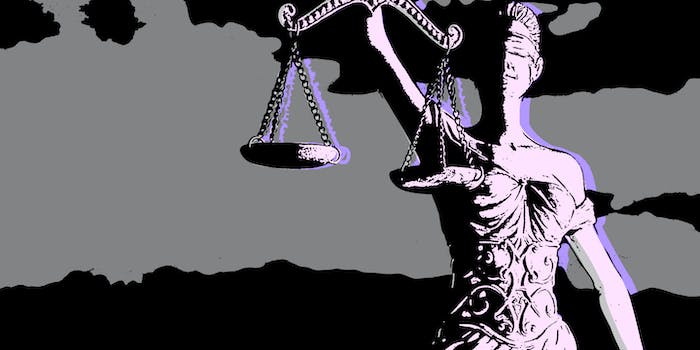 But where are the other contenders?

If you’ve turned on the radio this Christmas, logged on a computer, or walked outside basically ever, you might have heard a familiar octave-defying sound: Mariah Carey’s “All I Want for Christmas Is You,” which is currently making its way up the Billboard charts yet again. Since the group decided to include YouTube plays and streaming data into its algorithm, Carey’s new classic has cemented its status as the most popular tune in the modern Christmas canon. In 2012, the track made it all the way back up to #21, and this year, it’s been clobbering Ariana Grande’s perfectly fine “Santa Tell Me” on the charts.

Since becoming a focal point of Richard Curtis’ 2003 Christmas classic Love Actually, “All I Want for Christmas” has actually become even more popular than it was in its own lifetime. Back in 1994, Carey’s record label elected not to release the track as an official single, although it snuck up to #12 on Billboard’s Airplay charts the following year. Although Google Trends showed that America reached peak Mariah Carey in 2011, when Carey re-recorded a remix with a pre-urine bucket Justin Bieber, it’s a testament to the track’s endurance that Carey’s recent flubbing of the song during a live performance caused a national scandal. Mariah Carey truthers insisted that it wasn’t her fault: She was going through divorce proceedings, she was late, and she didn’t have time to warm up.

While Mariah Carey’s song is unimpeachably great, one of the few holiday anthems even Christmas song haters (myself included) seem to love, our attachment to this particular song highlights the lack of successors to its gilded holiday throne. While Adele, Taylor Swift, and Beyoncé can break the Internet simply by moving, no one seems to be able to move our hearts to Yuletide rapture. Christmas songs are a staple of U.K. radio, where the Darkness took the saccharine “Christmas Time (Don’t Let the Bells End)” all the way to #2, but American listeners are hard to please. The vocal band Pentatonix recently surpassed the 1 million sales mark for their holiday-themed record, That’s Christmas to Me, but lead single “Mary, Did You Know?” has had fairly limited success. It’s also a cover.

Like Pentatonix, singers like Kelly Clarkson and Michael Bublé have had enormous success selling Christmas albums, but the people who drive the Top 40 (i.e., One Direction listeners) aren’t the ones buying records these days (i.e., NCIS viewers). While being the exception to the rule, “All I Want for Christmas Is You” highlights the irresolvable tension between these two markets: In order to satisfy both markets, you have to create something that sounds suitably timeless enough to reach the olds, while making it hip enough for the youths. While a recent Christmas remix of Kanye West’s Yeezus was a delightful Internet prank, it’s also not a bad idea in theory: You have to put a fresh spin on something people already love. This is why so many carols are rooted in the iconography of Christmas, mistletoe and jingle bells; they’re, first and foremost, exercises in nostalgia.

However, as the Washington Post’s Christopher Ingraham illustrates, Christmas songs are rooted in a deeply specific brand of nostalgia, recalling the post-World War II baby boomer era. This is why a whopping two-thirds of tunes on the American Society of Composers, Authors, and Publishers’ list of the most popular Christmas songs of all time come from the ‘40s and ‘50s. Ingraham writes, “That golden postwar era casts a long shadow across the decades that have come after. Many contemporary policy discussions—on big topics like inequality and political polarization—are animated by a comparison between that period and the present one.” Thus, it’s not just our music that’s stuck in the past—it’s our definition of what America is.

While Mariah Carey has more in common with Kanye West’s America than Irving Berlin’s, Carey’s producers smartly borrowed from music history. According to Walter Afanasieff, a co-writer and producer on the track, “All I Want for Christmas Is You” borrowed liberally from Phil Spector’s wall of sound, a girl group production formula that produced hits ranging from the Ronettes’ “Be My Baby” and the Crystals’ “Da Doo Ron Ron” to Ike and Tina’s “River Deep, Mountain High.” According to Slate’s Adam Ragusea, what makes Carey’s song stand out is that its musical arrangement almost tricks you into thinking you’re listening to Irving Berlin. While most modern rock songs have only three or four chords, Ragusea counts “at least 13.”

But there’s more to Irving Berlin’s work than sheer chord progressions. Berlin, a Russian-born Jew, became the poet laureate of Christmas carols simply because he made them feel universal. Emmy-winning pianist Michael Feinstein told the Huffington Post, “The Christmas songs that are popular are not about Jesus… They’re not religious songs.” HuffPost’s Lauren Markoe further elaborated, “In their music and lyrics, Jews captured Christmas not only as a wonderful, wintry time for family gatherings, but also as an American holiday. What they drew on, said Rabbi Kenneth Kanter, an expert on Jews and popular culture at Hebrew Union College-Jewish Institute of Religion in Cincinnati, was their background as the children of European-born Jews, or as immigrants themselves.”

But despite the Jewish diasporic universalism rooted in the Christmas carol tradition, the Washington Post’s Allison Stewart warns that songwriters shouldn’t rule Jesus out altogether. This is one of the reasons it’s so hard to write a Christmas song: All of the rules contradict each other. “Don’t gloss over the religious nature of the season, but avoid specific mentions of Jesus,” Stewart writes. “Be upbeat, but if you must write a sombre holiday song, make sure its subject is sad merely because everyone around him/her has forgotten the True Meaning of Christmas. Audiences like personal details, but don’t leave out classic tropes like snowmen and chimneys.” According to Stewart, “it’s a wonder new holiday songs get written at all,” which is why most Christmas albums, like the aforementioned Pentatonix record, are stocked with old standards.

As Jethro Tull lead singer Ian Anderson points out, Christmas is a particularly tricky subject because it doesn’t always give songwriters a lot to work with. How do you avoid doing what’s already been played to death? “If you’re doing it on a more evangelical basis, you’re going to turn off a lot of people who don’t want to be preached at,’ Anderson told U.K.’s the Telegraph. “If you’re going to do it on a more lovey-dovey, family, ‘let’s party’ kind of thing, well, Slade have been there and done that. It’s a very tough call to write a meaningful Christmas song. If you’re going to talk about the dark side of Christmas and what it means or doesn’t mean to so many people, you’re in dangerous social and political territory and probably unlikely to have any kind of commercial success, even if it is a nice tune.”

Songwriters like Liz Phair, who made her name on the confessional, introspective Girly-Sound movement of the early ‘90s, have carved out a niche in rooting their Christmas tunes in experiences of the particular. Instead of roasting chestnuts on the fire, Phair found that aforementioned dark side more illuminating in her recent release, “Ho Ho Ho.” “If I tried to take on something meaningful—images of Robert Frost’s ‘the snowy fence between neighbors’ comes to mind—you can’t quite get there,” Phair told the Washington Post. “But because I decided to do something dystopian about how Christmas can actually suck sometimes, it was easier. I could find my way into that much quicker.” But while that might satisfy’s Phair’s fanbase, it’s unlikely to please casual listeners who want something to snuggle up to.

While the ‘80s were a surprising boom time for modern Christmas tunes—Run DMC’s “Christmas in Hollis” and Wham!’s irritatingly ubiquitous “Last Christmas” come to mind—songwriters will continue to struggle with writing the Next Great Christmas smash. The past decade is not without its also-rans (see: Coldplay’s “Christmas Lights,” Lady Gaga‘s “Christmas Tree”), but if there’s any consolation to the music industry, let it be this: The reason Carey’s song wasn’t released as a single was that, at the time, up-and-coming artists didn’t do that sort of thing; Christmas carols were the province of washed-up beens. To become the biggest Christmas song of the past 20 years, Mariah Carey had to all but rewrite the songbook, playing by her own rules.

Wait until next year, T0p 40 Christmas carolers. There may just be a miracle waiting under your tree.