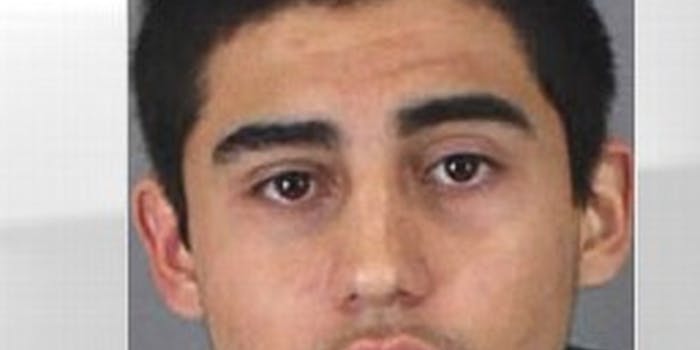 Closing arguments begin this week in the trial of a teenager who allegedly used a fake Facebook profile picture of a busty model to lure and murder a rising boxing star.

Closing arguments begin this week in the trial of a teenager who allegedly used a fake Facebook profile picture of a busty model to lure and murder a rising boxing star.

Guzman’s motive, say police, was to kill for a “thrill.”

A screenshot of the Facebook profile obtained by the Riverside County District Attorney office shows the fantasy world Guzman, 17 at the time, created. It included seductive pictures of her butt in a thong, with descriptions of the woman as a single 21-year-old who “loves to kick it at house parties or clubs.” 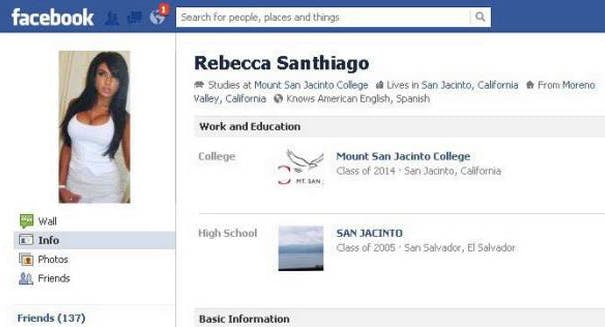 The killing happened in the early morning hours of May 30, 2011. Prosecutors say Guzman (acting as Santhiago) asked Leal to pick-up a Four Loko and her brother, who would direct him to the proper liquor store.

Leal was ambushed and shot multiple times in a parking lot, where he died immediately in his 1990 Toyota Corolla.

A yearlong investigation led detectives to Guzman, who created the Facebook profile at this mother’s house, where he also lived. An investigator said there was “no doubt at all” Santhiago’s messages were typed using his computer. The possibility of someone hacking Guzman’s computer is “laughable,” an investigator said.

Guzman’s defense say the case is circumstantial and the courts have no evidence that he fired the gun. A witness said last week during the trial said the crime scene did not test positive for Guzman’s DNA.

Now facing a first-degree murder charge, Guzman faces life in prison without the possibility of parole if convicted.