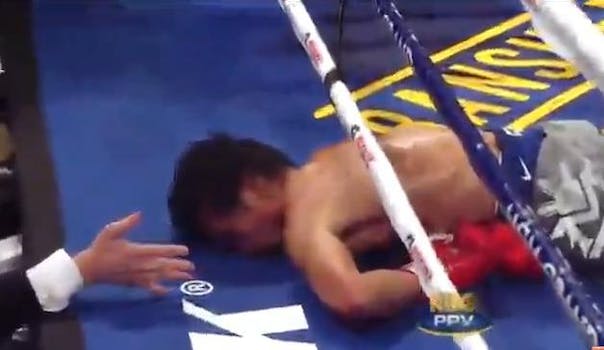 Want to look like your favorite boxer and take part in the latest Internet craze at the same time? That's now possible, thanks to Manny Pacquiao and Saturday night's crushing blow.

Want to look like your favorite boxer and take part in the latest Internet craze at the same time? That’s now possible, thanks to Manny Pacquiao and Saturday night’s crushing blow that sent the legendary welterweight boxer face-first onto the canvas.

Mannying is the new thing spreading around the Internet this morning, and it’s nothing short of fall-down funny. The meme is inspired by Filipino boxer Manny Pacquiao’s lifeless pose moments after Mexican boxer Juan Manuel Márquez delivered his knockout punch during Saturday night’s “Champion of the Decade” bout.

Mannying is the closest the Internet has gotten this year to planking, that legendary meme that basically involved taking a picture of someone lying horizontally, face-down, atop an object.

The difference between the two may be as simple as the addition of a slight bend at the elbow. Either way, you’ll want to take note. It’d be awfully embarrassing to declare someone Planking when they’re really actually Mannying at the company holiday party in the next two weeks (which is likely as long as this Mannying craze will last, anyway). 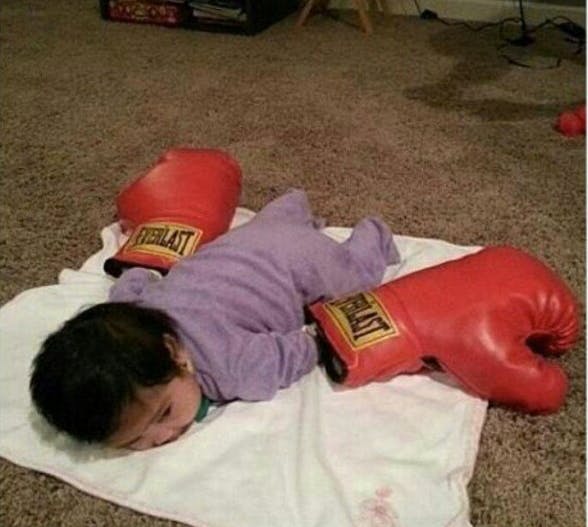 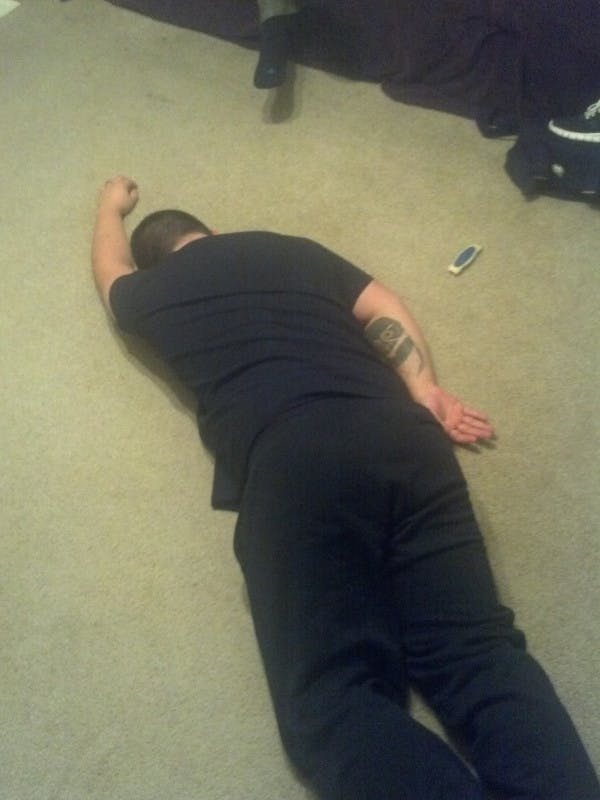 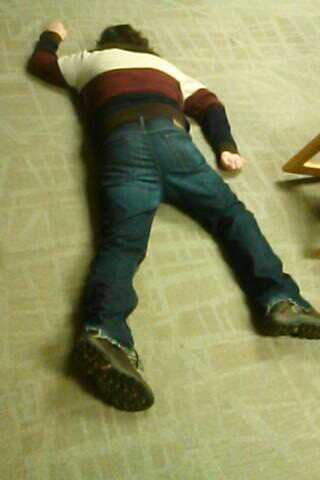 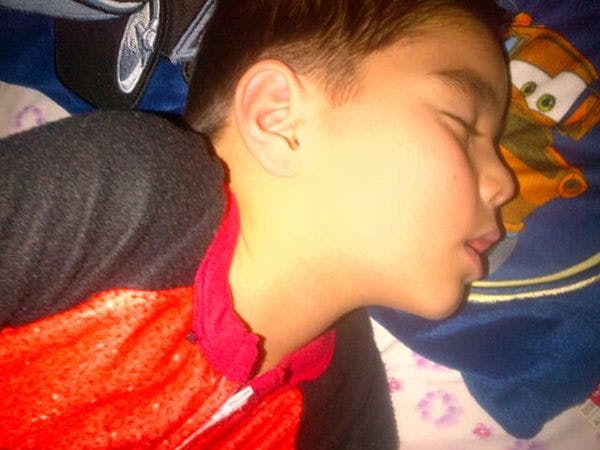 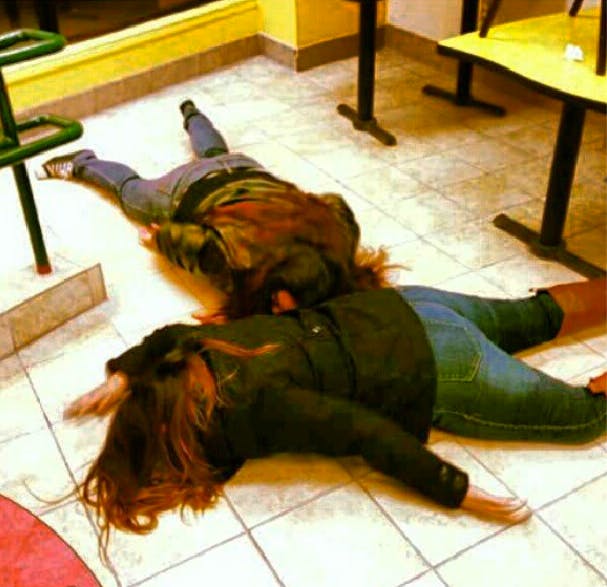 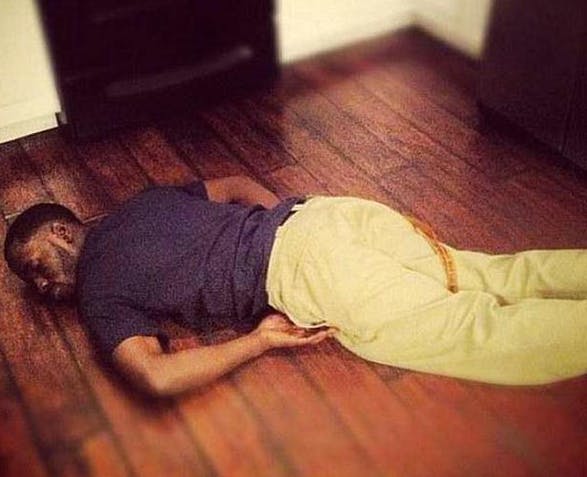 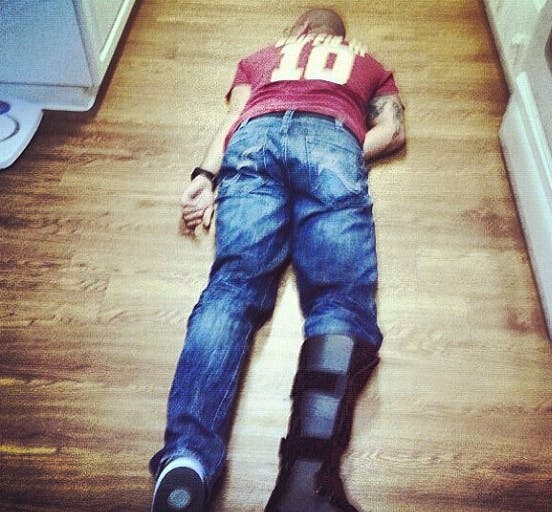 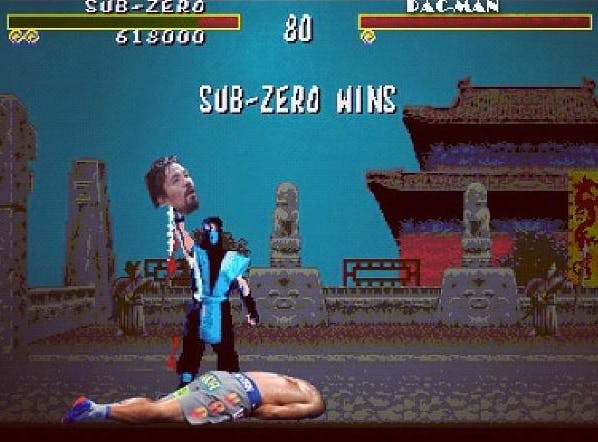 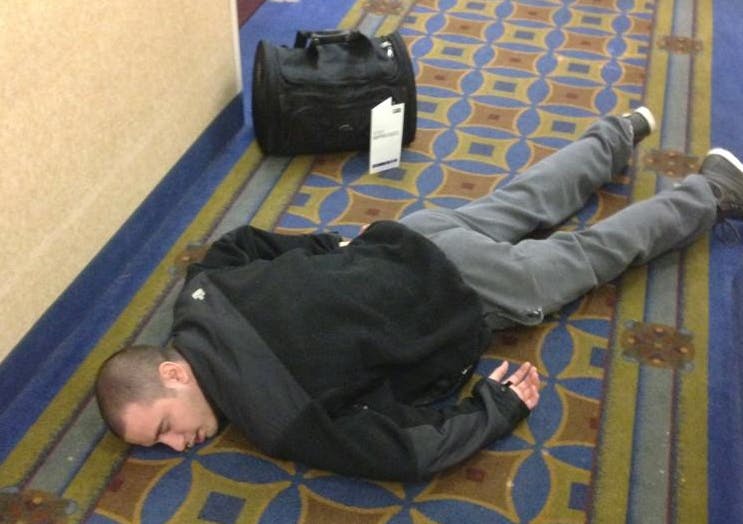