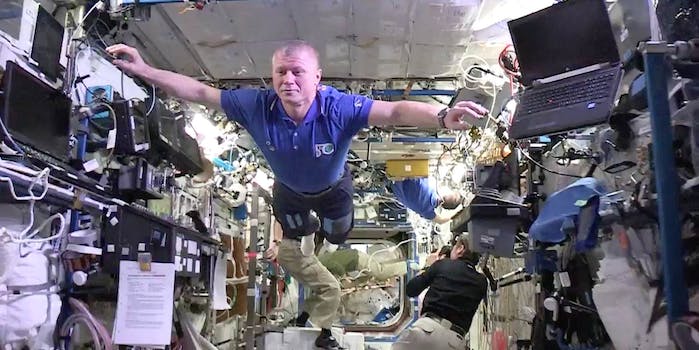 Astronauts give the Mannequin Challenge the space funeral it deserves

So long, old friend. We challenged you well.

There’s a reason why Star Trek‘s Captain Kirk called space the “final frontier.” Finally, the Mannequin Challenge has boldly gone where no viral trend has gone before.

On Thursday, European Space Agency astronaut Thomas Pesquet tweeted a video of him and other crew members aboard the International Space Station completing the challenge, effectively dropping the metaphorical mic on all past, present, and future Mannequin Challenge contenders.

Sorry, y’all. Let us know if you somehow break the sound barrier during your challenge recording or find the fifth dimension, because otherwise we’re not interested. These folks have won.

We got the whole crew together and took the #MannequinChallenge to new heights #Proxima pic.twitter.com/vlOglQ3lEh

Well, maybe there is some room for improvement. Right as the camera makes its way toward the back, the crew member in the green blinks just as the camera spots his face from the behind the legs of the first man in blue. Plus we need our classic challenge anthem Black Beatles by Rae Sremmurd to make it really authentic, of course.

Another Twitter user already has us covered on the latter.

At least Pesquet’s mission Proxima has another 4.5 months before returning to Earth to get it right.