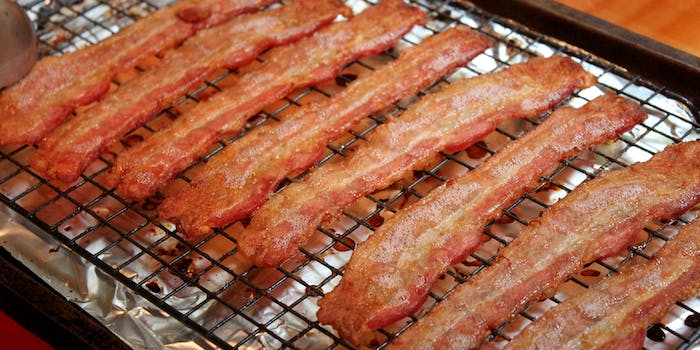 American patriot fries up bacon with his M16

From inventing iPhone gadgets that wake you up to the smell of sizzling pork to creating bacon-flavored condoms, it’s fair to say that America has an incredibly unhealthy obsession with the breakfast staple. But any pork lover will tell you that finding new ways to consume bacon is only half the battle.

If you truly want to be an innovator of those savory strips, you have to find new ways to prepare them, and that’s exactly what YouTuber Dustin Ellermann did. This proud patriot was bored with slapping a little Oscar Meyer in the frying pan, so he decided to wrap a few strips around the end of his gun instead.

After carefully securing the slabs of meat around the end of his M16 with some aluminum foil, this gun-toting American let loose. The heat generated by firing off some “90-ish rounds” proved powerful enough to cook the bacon to crispy perfection.