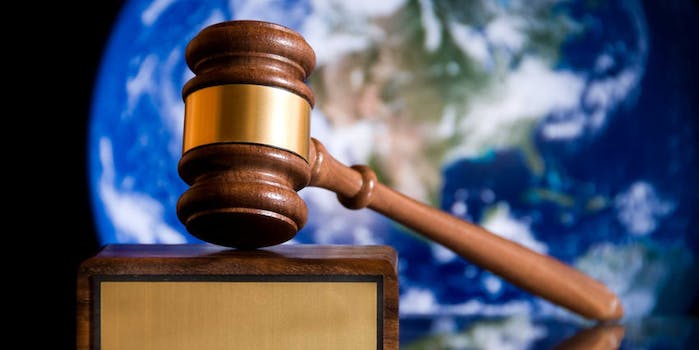 He very much wants to exercise his "right to be forgotten."

We’ve all Googled ourselves. And sometimes, what we find is disappointing, or boring, or embarrassing. But when Daniel Hegglin Googles himself, what he sees is truly, truly terrible.

Google has started removing some of the links. But in a claim filed to the High Court in the U.K., Hegglin says the company isn’t doing enough to stop the torrent of “vile and abusive” material appearing in its search results. In effect, his lawyer says he is playing “whack-a-mole” with pages of savage defamation. When one disappears, another pops up.

When I searched for Daniel Hegglin’s name, the top result was a page calling the former Morgan Stanley banker a “SON OF A SWISS BITCH,” and variations of “VERMINOUS CRIMINAL,” while also referencing ties to the mafia and Silvio Berlusconi in all caps.

Google claims to have cooperated with Hegglin’s takedown requests, even though many of the pages also accusing Hegglin of being a paedophile, a Nazi and a member of the Ku Klux Klan are hosted on the company’s own Google Groups. I also found other defamatory tirades on Blogspot, a platform owned by Google.

In addition to having the pages blocked from searches, Hegglin is asking for Google to hand over the IP address of the individual publishing the anonymous posts. But in a statement, Google said it “has no control over what goes on these blogs at all. It’s simply providing a product.”

Hegglin isn’t the only one fighting Google on these grounds. Formula 1 boss Max Mosley wants photos taken at a sex party removed from search results, and the case is proving to be a litmus test of Google’s obligations to help victims of defamation. Mosley has already won damages from Rupert Murdoch’s defunct News of the World for printing the images and claiming the sex party was Nazi themed. The F1 boss has also won court cases against Google in France and Germany, compelling it to remove the images from results.

Although the European Court of Justice recently ruled that people have a “right to be forgotten,” Hegglin’s lawyers said the case has other basis for going to court as well.