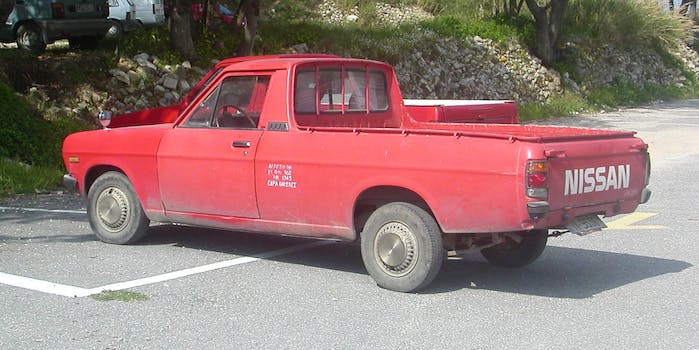 This is not parkour.

Have you ever seen one of those parkour videos where someone displays near-superhuman feats of physical prowess? Well, this is basically the polar opposite of that.

This guy was caught on camera trying to climb from the bed of his truck into the cab, apparently embroiled in a one-man game of “the floor is lava.” His attempt was gob-smacking in its ineptitude.

We’re guessing this man was under the influence, so here’s hoping he didn’t start driving when he eventually made it into the truck.