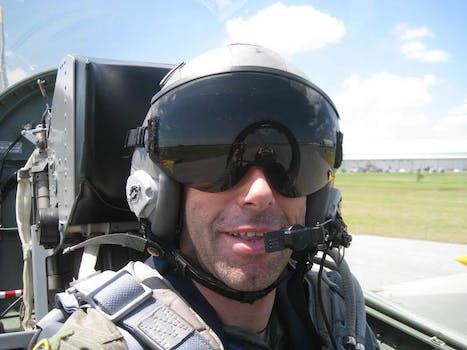 Man finds adventure after selling his life on eBay

Four years after putting a price tag on all he owned, Ian Usher has nearly completed his made-for-TV project, 100 Goals in 100 Weeks.

Many of us fantasize about quitting our jobs, selling our earthly possessions, and charting a course for adventure, but not Ian Usher.

That’s because Usher actually did it.

The Australian made headlines in 2008 when he put his “life up for sale” to the highest bidder on eBay. Usher explained his reasoning on his website of the same name: He was 44 years old, his wife had just left him, and he was having a midlife crisis that just wouldn’t quit.

Usher vowed to follow-up his fire sale with a project he called 100 Goals in 100 Weeks. Usher devised the list, which features thrilling tasks located in spots all over the world, to realize “the next step in life’s big adventure.”

Fast forward four years and the now 48-year-old Usher’s list is 93 percent complete. Among the finished tasks are:

“I think a couple of stand-out ones were swimming with a mother humpback whale and her calf in Japan, and riding a motorbike on the Wall of Death,” Usher told Stuff.co.nz. “My week in Pamplona in Spain was fantastic, and terrifying too, running with the bulls there.”

Now, Usher is focused on the remaining seven tasks from his new home—a private island in the Caribbean that he bought with the last of the money he raised from selling his $399,000 house in Australia. Usher has also found love again—his new girlfriend, Moe, is a regular island visitor.

Usher’s life sounds like a Hollywood script, so it makes sense that Disney bought the rights to his story and may make it into a movie.

However, Usher’s story continues to trace back to the opportunity and publicity that eBay brought him four years ago. Even as he continues to blaze new trails in life’s adventure, his Internet fame keeps catching up to him.

“It always amazes me when people know the story of the eBay life-seller,” he told Stuff.co.nz. “[They say] ‘that was you?’ Most people are very interested.”