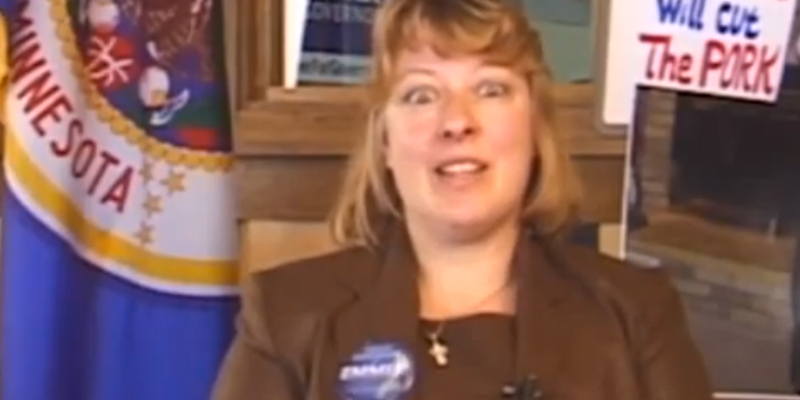 Internet memes are taking over our metropolises.

At least that’s the case in Minnesota, where Marjorie Holsten has recently thrown her name into the race for the position of chairman of Minnesota’s Republican party.

“Maybe that’s the attention she likes. I don’t know,” Holsten added during the interview.

Stone immediately rose to Internet fame, but Holsten was not impressed. She told The Daily Show‘s Jessica Williams that she agreed with the school’s decision to bar Piper from the prom.

“Megan Piper said ‘No, I’m not going to take off my clothes and go butt naked,’ but that’s what you do in your profession,” Holsten argued.

Sounds like the kind of woman you’d want to sit back and grab a beer with, right?

Aside from her Daily Show appearance, Holsten’s other claim to fame is as the proud owner of a conservative pet pig named Taylor Swine, who became well-known around the state after endorsing Republican candidate for governor Tom Emmer in 2010.