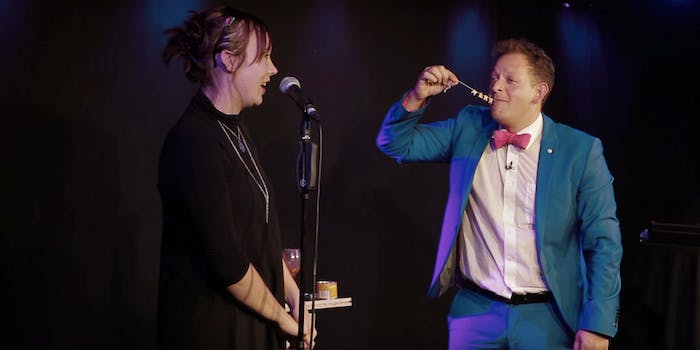 Magician’s proposal is a sweet and somewhat disgusting trick

The way he pulls out the ring is pure sorcery.

In the middle of a performance, magician Neil Henry brought his girlfriend up on stage to show off a trick that she definitely hadn’t seen before. Pulling a strand of alphabet noodles out of his mouth, Henry spelled out those two little words: “Marry me.” His girlfriend’s reaction is totally priceless—especially when he does another neat trick to produce the ring.

And how about those words right before he gets down on a knee: “Having you in my life is real magic, and I never want that magic to end.” He really knew how to incorporate his personal #brand into this magical moment.