The 2016 election is so much better as ‘Magic: The Gathering’ cards

I'll trade you a 'Benghazi' for your 'Obvious Historical Allegory' card.

Sometimes American politics feel like a silly game for attention, with candidates saying outrageous things, bluffing, or just flat out lying to up their poll numbers. To help illustrate the ridiculousness of today’s electoral landscape, one man has turned many of the 2016 presidential hopefuls and their worst ideas into Magic: The Gathering trading cards.

Swapped out are Legendary Creatures like Squee, Goblin Nabob, and Animar, Soul of Elements, in favor of notable public figures vying for the Oval Office. Check out the descriptions of Donald Trump and Hillary Clinton. You don’t need to be Magic aficionados to laugh at the political nuance of these cards. 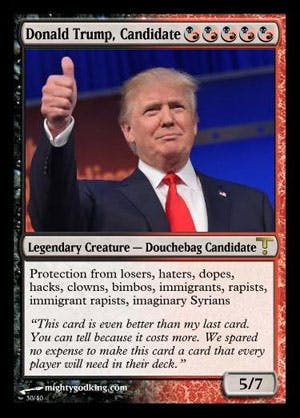 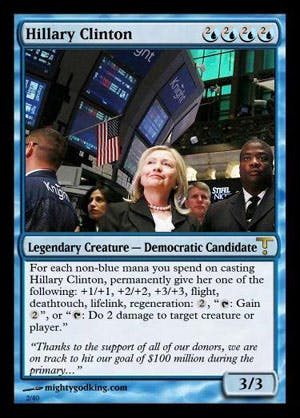 No candidate is safe from the Mighty God King’s Photoshop tools and sly humor as he calls out the most outrageous aspects of each campaign. 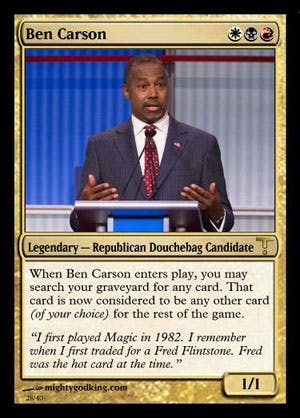 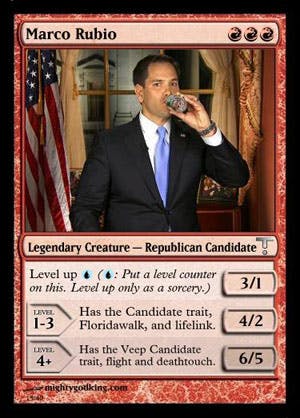 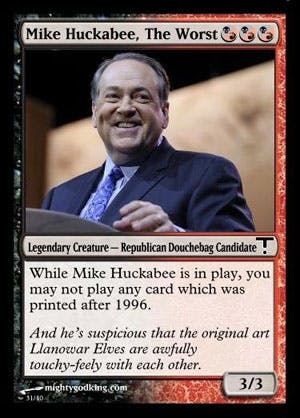 But it’s not just individuals hoping to take Obama’s office who have been given the Magic treatment. Say hello to some other cringeworthy highlights of 2015, from Kim Davis to rampant misinformation on refugees. 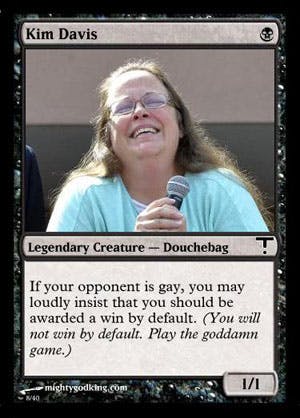 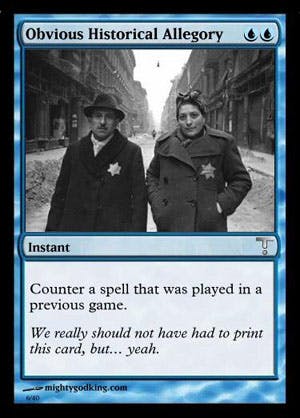 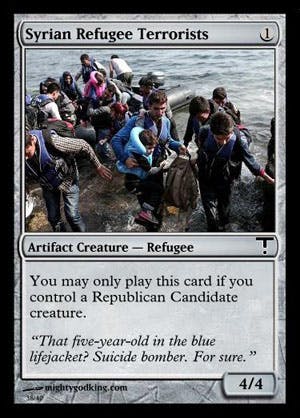 You can check out the rest over at Mighty God King’s blog, along with previous Magic card collections of everything government-related. Collect and swap these cards to have the most hilarious deck around.