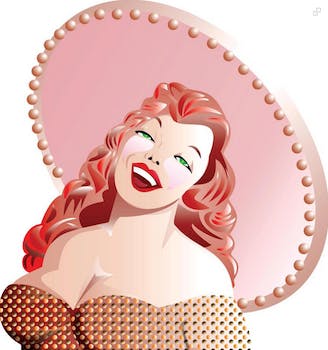 This Tex-Mex cantina clearly has a bit of an attitude problem.

Maggie Rita’s co-owner Santiago Moreno once said that women don’t come to his Houston area restaurant because of the food. They come for the margaritas—and the wait staff’s bitchy attitudes.

That revelation alienated a lot of Moreno’s clientele, who eventually stopped eating there.

After learning that the restaurant’s franchise on downtown’s Shepherd Drive was closing this month, Amanda Newman posted to Facebook that she was happy to hear the news.

“Insulting Houston before we tried your food was kinda ‘dee-de-dee’ of you,” she wrote. “We hope they all close soon.”

An employee at Maggie Rita’s fired back: “I thought fat people were supposed to be jolly!” 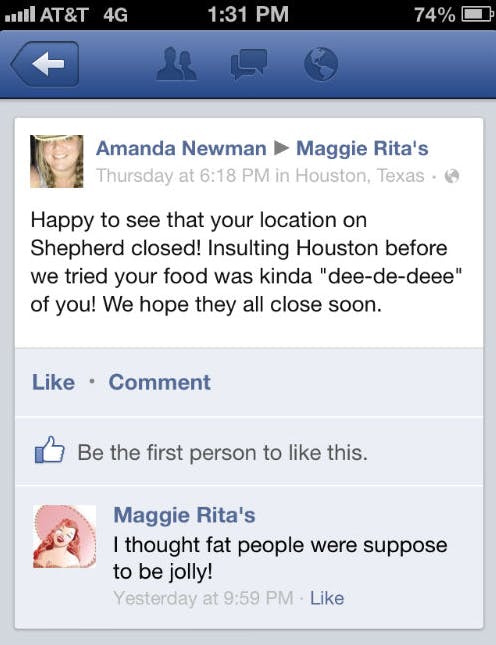 Newman, whose profile picture shows a closeup of her face with braided pigtails and a cowboy hat, responded by telling the restaurant that its employees “hurl insults like a third grader.”

Don’t let the door hit you on the way out, Maggie Rita’s.

A call into the restaurant has been unreturned.