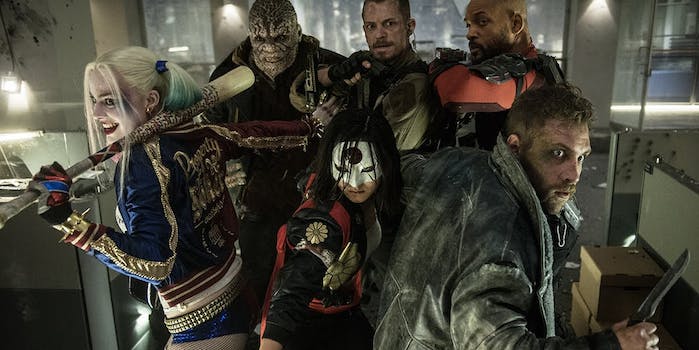 Asking first isn’t just sexy—it’s also the only way to make sure you’re respecting others’ autonomy.

When Madonna took Drake by surprise with a kiss during their Coachella performance, the pop singer made waves on the Internet, provoking discomfort and disgust. Some of it was because Madonna is “old,” while others argued Drake’s reaction suggested a lack of consent.

However, on Tuesday, the Canadian rapper responded on his Instagram, clarifying that he had no problem with what happened and thanking Madonna for the impromptu make-out session:

If Drake is OK with what happened, then it’s no longer OK for us to refer to it as sexual assault, because it’s ultimately up to the person who actually experienced it to define what it was that they experienced. Otherwise, we send the message that we believe we have the authority to determine whether or not someone else felt that they were consenting to something.

If that doesn’t sound like a big deal, remember that it goes both ways: People trying to excuse or minimize sexual assault are constantly claiming that the survivor “wanted it” when they say they didn’t. Taking sexual violence seriously requires treating individuals as the ultimate authorities on their own boundaries and feelings, even if we think we would personally have felt differently in that situation.

If Drake is OK with what happened, then it’s no longer OK for us to refer to it as sexual assault.

And situations like Drake’s do happen: Someone kisses or touches someone without getting consent, and it turns out that the person actually wanted exactly that and is perfectly happy with it.

However, kissing or touching someone without their consent is always a risk: They may want it, but they may not. (And while I don’t exactly have statistics on this, it’s probably more likely that they do not.) Unlike most other risks that we take in our day-to-day lives, however, this one falls almost entirely on someone else. The person who pays the price for the risk that you take is the person whose consent you failed to ask for.

The fact that Drake turned out to enjoy and appreciate the kiss doesn’t retroactively mean that Madonna asked for or received consent to do it. It just means that they both got lucky.

While Drake was pretty clear about his feelings about the kiss, much of the time when people try to claim that someone was “totally into it” despite not having given verbal consent, there’s a lot less clarity. For example, survivors who experience physical arousal, pleasure, or orgasm during a sexual assault often find themselves having an even harder time being taken seriously than other survivors do (and it’s already hard enough). Their assailants may claim that it was “obvious” that the survivor consented because those physical signs were clearly there, and the survivor may not even believe that they were assaulted—may blame themselves, in fact—because of their body’s instinctive responses to sexual stimulation.

Kissing or touching someone without their consent is always a risk: They may want it, but they may not.

There’s also immense pressure on people—especially celebrities—to act like things like this are okay when they’re really not. When I imagine what might’ve happened if Drake had said that he really wasn’t cool with the kiss, I see a lot of shaming and ridicule coming his way, because men are supposed to want sexual contact with women all the time, and if they don’t, they should be “strong” enough to stop it—even if that means derailing their own Coachella performance, for instance.

In fact, we have an example in Shia LaBeouf, who provoked plenty of mockery last year after claiming that he was raped during a performance art piece. The treatment he received was shameful and unfair, and I wouldn’t blame Drake for not wanting to walk in those shoes.

Reactions like these keep many male survivors of sexual violence from speaking up, but they’re probably especially concerning for celebrities, whose continued success depends in part on being seen as confident, powerful, and cool.

But I don’t want to accuse Drake of lying or of misinterpreting his own feelings. The point is that it’s dangerous to read his Instagram post and conclude that grabbing people and making out with them without consent is totally cool. And although we tend to view celebrities as simultaneously all-powerful and as public property, it’s worth remembering that it can be difficult for them to set boundaries like this in front of audiences of millions.

Really, it can be difficult for everyone, which is why “grab them and make out with them and let them stop you if they don’t like it” is a really bad way to go about kissing someone. At the point that they’re stopping you, you’ve already violated their consent. Asking first isn’t just sexy—it’s also the only way to make sure you’re respecting others’ autonomy.