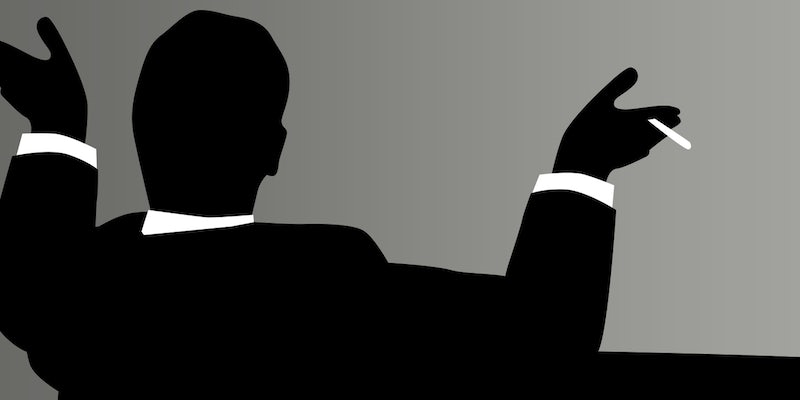 Why is ‘Mad Men’ ignored by the Internet?

The news of the death of the Golden Age of TV has been greatly exaggerated.

The news of the death of the Golden Age of TV has been greatly exaggerated. With the end of The Sopranos and The Wire, Breaking Bad and The Walking Dead filled our evil-seeking hearts. With the former ending and the latter waning, Game of Thrones, True Detective, and House of Cards have risen with the same richness of character and depth of story. One could even make an argument that shows like Orange Is The New Black and Girls are providing television with something it’s not seen much of before: the great TV anti-heroine.

But amidst these shows about murder, betrayal, and the psyches of those guilty of both lies a by-contrast quiet show about an advertising agency. Mad Men, though mostly free of the bloodshed and deceit seen in the aforementioned shows, is a deeply passionate show about identity, fate, overcoming one’s past, and the meaning of possession as applied things or people. It’s smart, sexy, and a master of the WTF-did-I-just-see moment (mostly because of its more novelistic approach).

So why, then, is Mad Men not as revered by Internet fandom? The Breaking Bad subreddit—credited for being the driving force behind that show’s obsessive viewership—has an astonishing 217,266 subscribers and remains very active, even six months after the show’s finale. The Mad Men subreddit, just days before the premiere of it’s final season, has a paltry by comparison 31,277 subscribers. The official Game of Thrones Twitter feed has 1.2 million followers. Mad Men? Just a hair more than a tenth of that, at 181,000 followers.

And the lack of love extends offline as well. Both Breaking Bad and The Walking Dead are treated by AMC to live post-show discussion panels in the form of Talking Bad and The Talking Dead, while Mad Men is left lacking. For its previous season finale, Mad Men pulled in 2.7 million viewers, its most ever for a finale. Breaking Bad’s penultimate season finale netted a similar 2.9 million viewers, but by it’s series finale was watched by over 10 million people, numbers not even considered for Mad Men.

So what gives? While Mad Men is lauded by critics and does have an avid fanbase, the more thoughtful approach by showrunner Matthew Weiner does not lend well to the big endings and surprise dynamics of a show like Breaking Bad. While Game of Thrones is happy to kill of main characters at the drop of a hat—sometimes even in large numbers—the biggest news from the last season of Mad Men is Don may have lost his job. The Walking Dead kills off several main characters a season; Mad Men has seen just one death of a series regular after six whole seasons. Even House of Cards, with its comparably business-like approach to plot movement, has seen two murders carried out by the show’s protagonist in just two seasons.

For some like myself, the lack of bloody cliffhangers is refreshing. Rewatching Breaking Bad after you know what’s going to happen will never capture the excitement of watching it with virgin eyes. This is the problem with having suspense as your show’s main element: moving a plot through blunt force means it’s really only enjoyable once. And while the Breaking Bad and Walking Dead fandoms are (or were) obsessed with inkling out any possible clues as to what the characters will do, Mad Men’s fanbase is more concerned with what the characters are thinking, how they’re growing, and how they handle both loss and success.

And huge cliffhangers are good for online communal viewing, a growing concern for “second-screen” competitors like Twitter and Facebook. Two of the most tweeted about US TV moments from last year (if we leave out sports, awards shows, and Sharknado) were the infamous “Red Wedding” from Game of Thrones and the over-the-top dynamism of Breaking Bad’s “Ozymandias.” Huge plot points tend to have an effect on social media similar to a breaking news story—everyone wants to be the first to say the same thing. Expressing shock or making a joke is easy in 140 characters: it’s much harder to psychoanalyze Don Draper’s alcoholism and philandering.

Now that AMC has split the final season of Mad Men into two parts—the first seven airing this spring and the next seven airing next spring—it seems like an under-attended birthday party. While the oversized media coverage of Mad Men is well-documented, the communal glee and excitement a show even as contemplative as True Detective gets is missing. One of the great joys of being apart of a fandom is watching your show grow, divide, and change the world of entertainment like Tony Soprano or Walter White did.

As we watch Sunday night, with bated breath and sharp eyes, it’s simply a shame to know if Don Draper dealt meth, fought zombies, or murdered his rivals, maybe more of us would care.