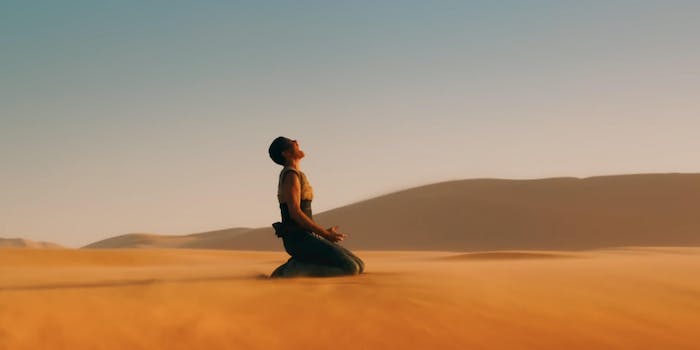 But Charlize Theron won't be in it.

Along with this week’s wild oral history of Mad Max: Fury Road came news that director George Miller is moving ahead with a prequel focused on Furiosa.

Charlize Theron played the character in Fury Road, but Miller confirmed she won’t return for the prequel. He told the New York Times that CGI de-aging technology, which was used in The Irishman, still isn’t good enough and “there’s still an uncanny valley.”

The prequel will focus on a younger Furiosa, perhaps exploring her time in the Green Place, before she was kidnapped, or how she came to serve Immortan Joe. A Furiosa script was already written before Fury Road started shooting. However, Miller said production won’t start on the film until he’s finished fantasy epic Three Thousand Years of Longing, which was already delayed due to COVID-19.

The prequel won’t include Tom Hardy’s “Max” but, according to Birth Movies Death, it’s reintroducing Dementus, a character from the Mad Max video game. It was reported in March that Killing Eve‘s Jodie Comer was being considered for the role of Furiosa, and Game of Thrones‘ Richard Madden for Dementus.