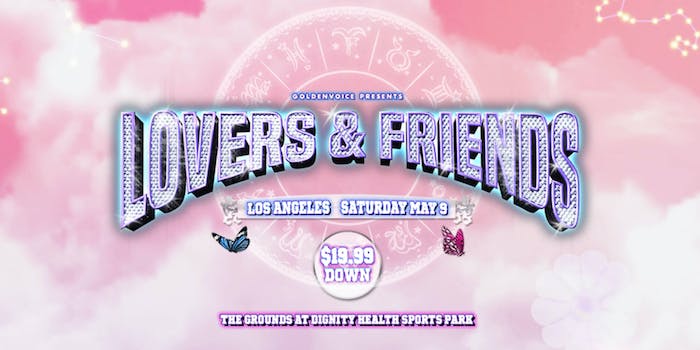 Is the Lovers and Friends festival a Fyre fiasco waiting to happen?

Artists were surprised to learn they were performing.

After promoters began circulating digital flyers for the lineup of the first-ever Lovers and Friends music festival, several artists were surprised to learn that they were performing.

According to Complex, the lineup for a May festival in Los Angeles includes rap and R&B artists such as Megan Thee Stallion, Ludacris, Summer Walker, Jhené Aiko, and TLC. However, an Instagram Story from Lil Kim suggests that this lineup may not be accurate. She captioned the festival’s lineup flyer with, “This is so FAKE! I am not a part of this.”

Other artists who were not aware of their own involvement in the show, such as Mase, have asked to have their names removed.

“Best wishes on this show but pls take my name off this flyer,” the artist commented on Rap Radar’s post about the festival.

Fans have also noticed that the dates of the festival coincide with other performances the artists have already booked.

“Lovers and friends is just a disaster waiting to happen,” @Wtfnancyison wrote in a tweet. “Megan is doing broccoli city that SAME day and Mase just ‘dropped out’ Lil Kim said it’s fake lmaoo what the hell going on!!”

The chaotic first days of the festival’s promotion have caused people to draw comparisons between Lovers and Friends and the 2017 Fyre Fest. The infamous disaster scammed people by promising a luxury festival with giant bands. The accommodations were not as advertised, and promised acts such as Blink-182 did not show up.

“Is this Lovers and Friends Festival Real or Nah?” @gingernspicee tweeted. “Cause I’m not tryna get caught up in the second Fyre Festival documentary.”

There’s actually already more than two documentaries about Fyre Festival, but the point is clear.

Despite the confusion, promoters such as Snoop Dog have assured fans that Lovers and Friends is a real event.

“I promised you all something huge and here it is: Lovers and Friends Festival,” the rapper wrote in an Instagram post about the festival.

Another promoter of the festival, Goldenvoice, also told Complex that the festival is “100% confirmed.”