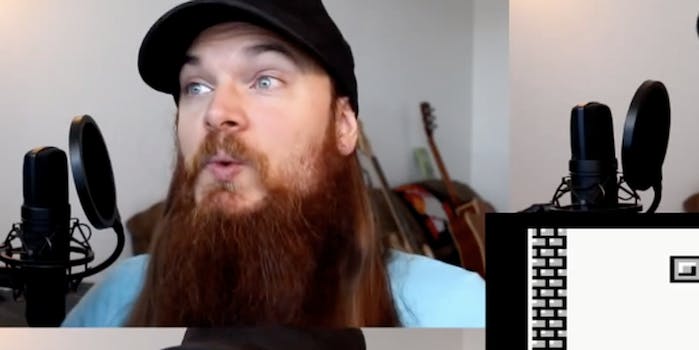 Rosalio Reta was just 13 years old when Miguel Treviño, leader of the ruthless Zetas, the paramilitary wing of Mexico’s Gulf Cartel, recruited him as a killer.

Rosalio Reta was just 13 years old when Miguel Treviño, leader of the ruthless Zetas, the paramilitary wing of Mexico’s Gulf Cartel, recruited him as a killer. Before Treviño’s capture and arrest by Mexican marines a week ago, the Center for Investigative Reporting spoke with Reta about his horrific experience as a murderous cog in Los Zetas.

“He was one of the first persons I seen to cut somebody’s head off,” Reta says of the notoriously bloodthirsty Treviño, who ascended to the top of the violent cartel with acts of spectacular cruelty. “He took his head off just by shooting it.”

The tattooed but somewhat soft-spoken Reta, who grew up in Laredo, Texas, but had family in Mexico, recounts how he was attracted by myths of the narco lifestyle on the other side of the river. All too quickly, he found himself, a young teenager, witnessing Treviño’s frequent executions at a small ranch house in Nuevo Laredo.

“Treviño was in the middle of everything,” Reta says of the burnings and torture he witnessed, and soon began to intimidate Reta into doing his ghastly bidding. Reta and other teenagers were groomed and made to carry out assassinations on both sides of the border.

In a particularly nightmarish anecdote, Reta describes how Treviño tortured two brothers and finally forced one to kill the other, promising to release the killer—whom he in turn killed anyway.

Reta, now 20, is serving a 70-year sentence after pleading with the DEA for extradition to the U.S. so as to avoid being killed by a rival gang member in prison in Mexico, where he was arrested for a 2006 hit.

Although he initially commented “I like what I do” in regards to his career as a hitman, Reta in recent weeks has affected a more remorseful tone: “It gets to a point where I can’t even stand myself,” he says. “It’s eating me inside little by little, and there’s nothing I can do or say to justify my actions.”

The I Files, a YouTube channel devoted to investigative journalism that uploaded the Reta interview, has promised a full documentary about him and the Zetas in the coming months.

H/T Gawker | Photo via The I Files/YouTube