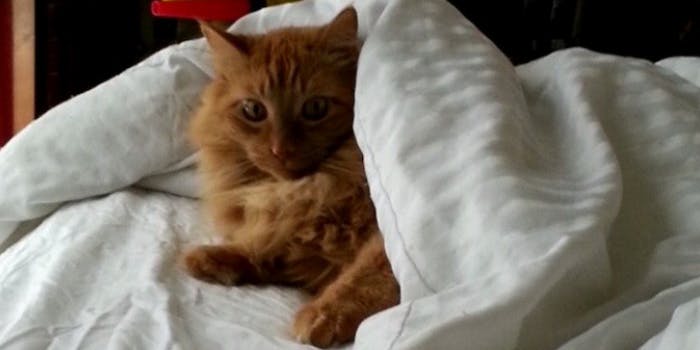 Twin professional basketball players have cats that hate each other

This is the best athletic rivalry we've seen in years.

The relationship between basketball players Brook and Robin Lopez is a tale for the ages. As if it weren’t enough that they’re identical twins playing for opposing NBA teams, their pet cats have a feud.

In a profile of the two athletes this weekend, the New York Post introduced the world to the Lopez twins’ cats. Robin, who plays for the Knicks, has a fluffy orange kitty named Prince Edward Zephyr.