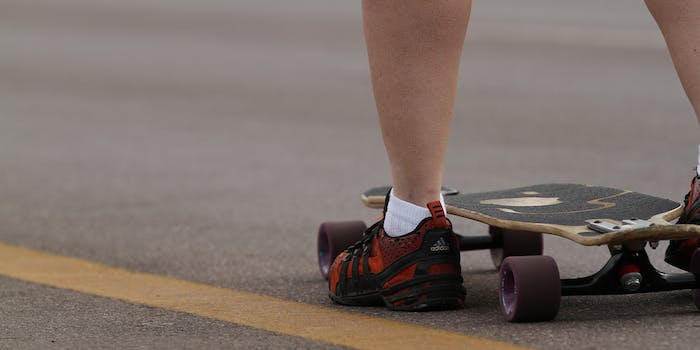 Watch a longboarder race down a war-damaged Bosnian bobsled track

At least he wore a helmet.

There are more than a few seven-inch-wide reasons why the bobsled run in Sarajevo is closed. Extreme-sports nut Danny Strasser turned it into his personal longboarding course anyway.

The Bosnian War of the early ’90s left prominent holes in the concrete. Sarajevo, the site of the 1984 Winter Olympics, fell under attack in 1992, and the Olympic bobsled course suffered damage.

Check out this three-year-old video Strasser made of himself navigating the course (you may want to turn the volume down because the music is pretty lousy). And if this isn’t enough to get your pulse racing, check out this kayaker who turned a drainage ditch into a slide.