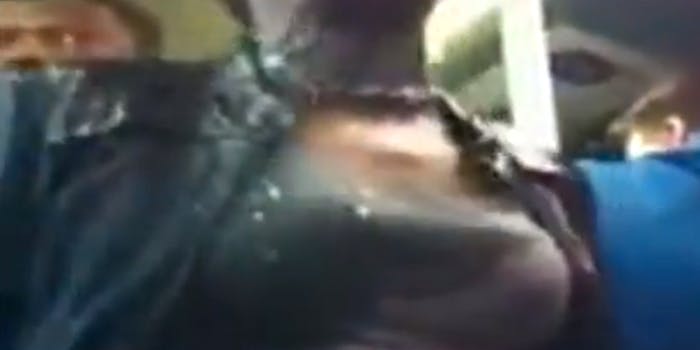 London woman arrested after racist rant shows up on YouTube

The 34-year-old woman screamed that she "hates white people" because they "all want to be f*cking black."

Police have arrested a woman in London for a racist rant on a city bus that recently turned up on YouTube.

The unidentified 34-year-old, a black woman who told fellow passengers that her parents were born in Jamaica, was arrested on Sunday in London’s Hackney neighborhood on suspicion of a racially aggravated public order offense. Police took her into custody and questioned her at an east London police station before releasing her on bail under the condition that she does not use any London bus until the matter has been resolved.

In the video, which has since been deleted by the source but lives on through the magic of mirror sites, the woman is seen shouting obscenities and slanders from the back of a local city bus.

Among the obscenities, the woman yells at the passengers on the bus that she “hates white people” who “all want to be fucking black.”

The woman goes on to tell the white people on the bus that they are all “programmed, fucking puppets.”

“They all want to be fucking black,” she says. “They all put fat in their lips and their bottoms and sit down on the sun bed to be black.”

Though no decision has been made, it’s possible that the woman will face a similar sentence to that of 42-year-old Jacqueline Woodhouse, whose racist subway tirade in January earned her five months in prison.