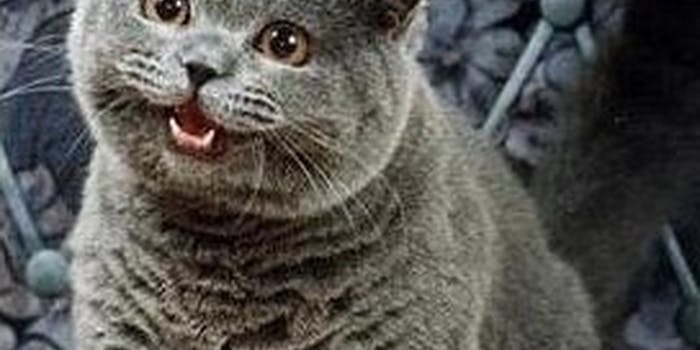 I Can Has Thesis: Scholar Jordan Lefler masters LOLspeak

A serious look at the historical and linguistic foundations of the LOLcat language.

Jordan Lefler has delved into the linguistic underpinnings of Hittite and Swahili. But for her master’s thesis project at Louisiana State University, Lefler found her scholarly muse in the comical ponderings of Internet cats.

Her paper, “I Can Has Thesis,” published in Nov. 2011, explored the historical and linguistic foundations of the LOLcat language. That’s right: LOLspeak—the language of ICanHasCheezburger and bored cat owners across the English-speaking world—is serious linguistic business. Earlier this year the paper picked up considerable buzz at places that take these things seriously and prompted Internet culture conference ROFLcon to invite Lefler as a panelist in May.

It hardly takes a linguist LOLcat aficionado to realize that the captioned cat pics all share a kind of language. Just take a look at these examples: 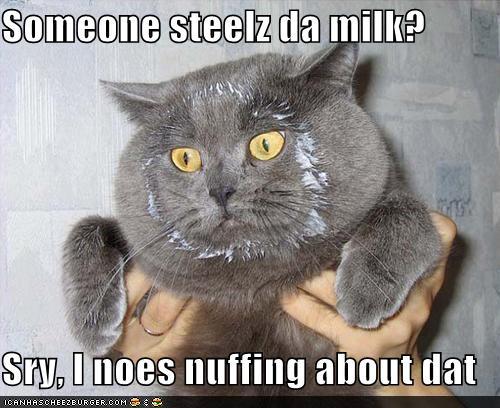 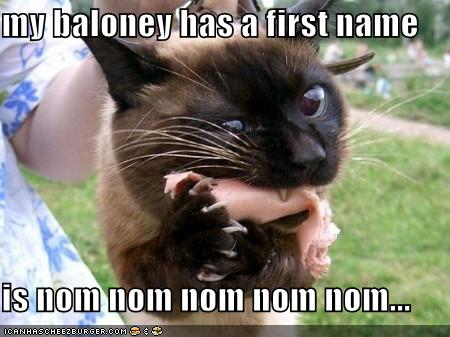 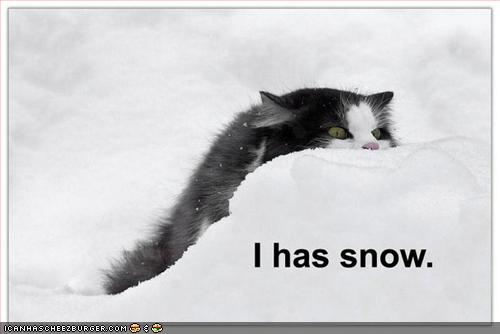 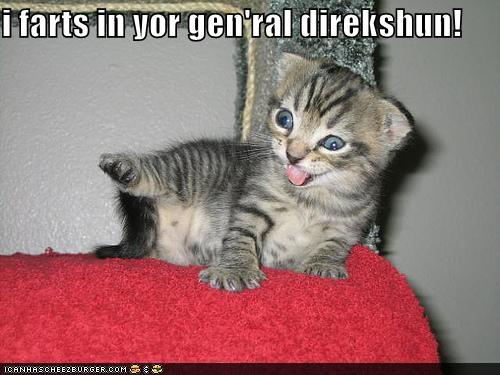 There’s something linguistic here. Even if you can’t exactly put your finger on it, the caption writers are picking up on the hints left by others. They’re all writing in a fairly cohesive if irregular form of English grammar, syntax, and spelling.

The original LOLcats were widely popularized on imageboard 4chan, though their origins go back much further to long-extinct message boards from the Internet’s early days. Around 2007, the cats reached the mainstream, thanks to humor site ICanHazCheezburger, and shortly became a ubiquitous Internet phenomenon.

But LOLspeak didn’t spring from a linguistic primordial pool. Rather, it’s a variant of Netspeak, a set of “acronyms, abbreviations, emoticons, and slang” used as a written language on the Internet. The term was popularized in linguistic circles by David Crystal, currently president of U.K. National Literacy Association, whose seminal work on the language is titled “Txting: The Gr8 Db8.”

Lefler dug into the ICanHasCheezburger forums from the years 2007 to 2008 and, among many other findings, pulled out four common recurrent syntactic forms that identify LOLspeak as LOLspeak. 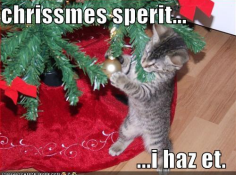 Blogger Anil Dash has posited that LOLspeak is a kind of pidgin English, but Lefler respectfully disagrees. The latter, she said, is a combination of two existing languages, whereas LOLspeak only derives from English. Rather, she thinks of LOLspeak as an “artificial” or “Internet” dialect.

In her paper, Lefler used Crystal’s definition of a dialect: “a language variety in which the use of grammar and vocabulary identifies the regional or social background of the user.”  That certainly seems an accurate category for LOLspeak, and it’s interesting how online spaces are creating dialects the same way geographical spaces do.

LOLspeak, for instance, owes much of its continued development to the conversations at the ICanHasCheezburger forums, where the dialect moves off of captions and into actual conversations. Users even give one another hints on proper LOLspeak structure.

Lefler, 25, is now working a day job as an ESL teacher, but she is planning on pursuing a Ph.D. when the time comes. She said her mother, who’s from Scotland, may have provided an early inquisitive spark towards studying nonstandard English.

“I’d never realized I was comparing languages in my head until I got into linguistics,” she said.

Will LOLspeak ever make it off the computer and into everyday speech? In 2011, a LiveJournal message board discussed this very topic. One of Lefler’s favorite examples from that discussion was a user who’d begun incorporating “om nom nom nom”–Internet slang for “eating”–into daily speech.

But despite some minor footholds in everyday English, LOLspeak will probably stay slang “for now,” Lefler said

“As things become more and more common people aren’t going to think about [incorporating LOLspeak] as much,” Lefler said.

“In certain cultures it may be incorporated. The young culture definitely. The older culture maybe not.”