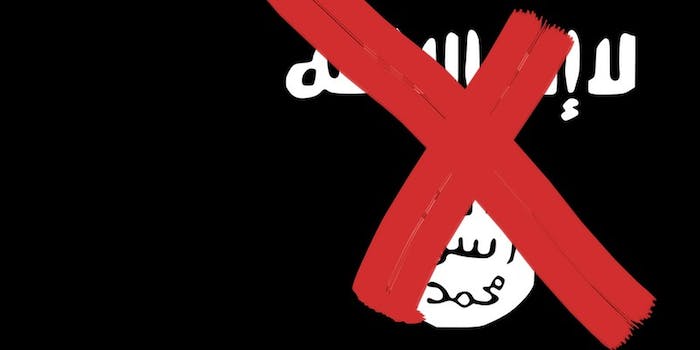 The controversial video-sharing platform has finally had enough.

Often-controversial video-hosting website LiveLeak is the latest website to ban content created by Islamic State, the Islamist militant group formerly known as ISIS. The move comes after the release of graphic footage showing the murder of American photojournalist James Foley earlier this week.

Foley was taken prisoner in 2012 whilst working in Syria, and he was executed earlier this week after the U.S. government began airstrikes in Iraq against the Islamic State and refused demands for an exorbitant $100 million ransom. Footage of the execution was uploaded to YouTube. The Google-owned video-hosting platform swiftly took down the video, but not before igniting fierce controversy over the ethics of watching or sharing it.

Some urged against watching the footage, calling to remember Foley “as he lived,” others took a different view, like the New York Post—which put a disturbing still from the video on its front page.

LiveLeak has a reputation for extreme commitment free speech, and as such frequently plays home to graphic, uncensored video footage of death and destruction. As such, the Foley video soon found its way onto the site—and the “sheer volume of traffic” from people looking for the video has made the last 24 hours “a fairly tense affair,” the LiveLeak team wrote in a post explaining their new policy.

In the post, they justify their continued hosting of the Foley execution video, but reveal that they are refusing to show “further beheadings carried out by [the Islamic State]” (should they occur). The Foley video is still live because “it’s within our remit to show such items given this is as outrageous and horrific act carried out by a movement in the Middle East hellbent on conquest, death and destruction,” they argue. “We thought it was important to show this video and allow those who chose to view it the right to do so.”

However, they go on to say, having “shown the world the truth horror of this form of execution more than once in the past,” they “cannot find any compelling reason to even be thought of as promoting the actions of this group.”

Should such videos continue to surface—which remains a possibility, as Islamic State holds further Western hostages—“no deeper insight will be offered by descending into some grotesque “beheading of the week” scenario”

The LiveLeak team stresses that “this is not us putting an end to all graphic media,” simply any future IS beheading videos, and that they are “fully supportive of your right to view this media should you wish”—but they no longer willing to facilitate this right themselves.

Twitter has already made a similar decision, and has actively been suspending all those who post graphic imagery from the Foley footage. Islamic State has built itself a slick, social media operation to help spread its propaganda and aid in recruitment—but the Guardian reports that in light of this ban, the Islamist militant group is being forced onto Diaspora, a decentralized social network that is far more difficult to police.