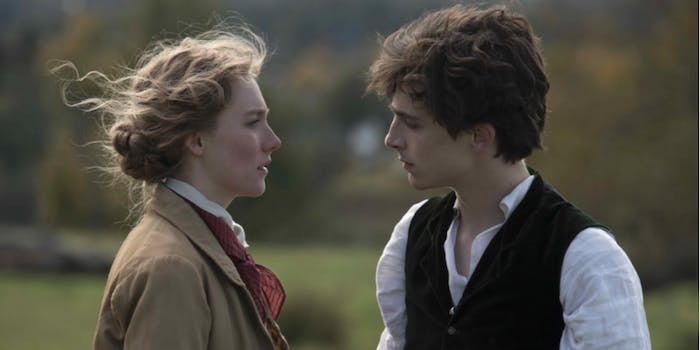 The influence of Greta Gerwig’s Little Women will continue long after awards season—in the form of memes. One in particular has come to sum up all the things we just can’t do.

The scene, between Saoirse Ronan’s Jo March and Timothée Chalamet‘s Laurie, is intense and emotional in its extended form as Jo rejects Laurie’s marriage proposal. The clip circulating on Twitter is just a part of their exchange. But Jo’s repeated “I can’t” has been applied to moments of weakness or ingrained habits.

There were also some inspired remixes, like this Little Women/Little Women: Atlanta meme.

And the scene extended beyond our own personal habits, into critiques of decades-old institutions.

Jo’s impassioned monologue has been turned into a meme too. Well, the “women” part.