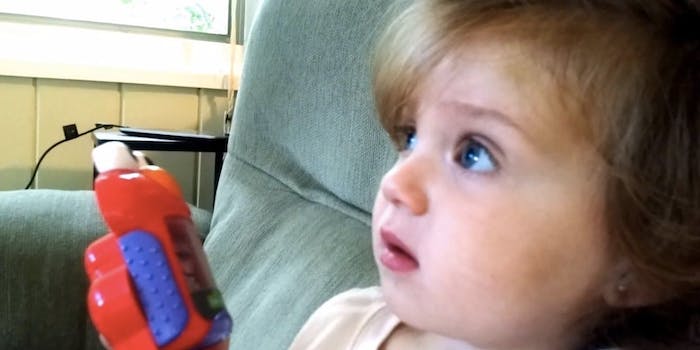 Little girl’s reaction to a shuttle launch is absolutely priceless

Wait till she learns about SpaceX.

Kids aren’t exactly well-known for their attention spans, so watching this little girl transfixed by a shuttle launch for a full minute gives us hope for the next generation.

Keith Zerfas caught this footage of his daughter sitting on the couch playing with a toy just as the countdown begins. “Oh my goodness,” Shaylee exclaims, before shouting, “It’s a rocket ship! It’s a rocket ship!”

We might’ve opted for slightly more NSFW language, but we definitely agree: Space exploration is cool. Here’s hoping Shaylee stays this interested in science and technology for years to come.