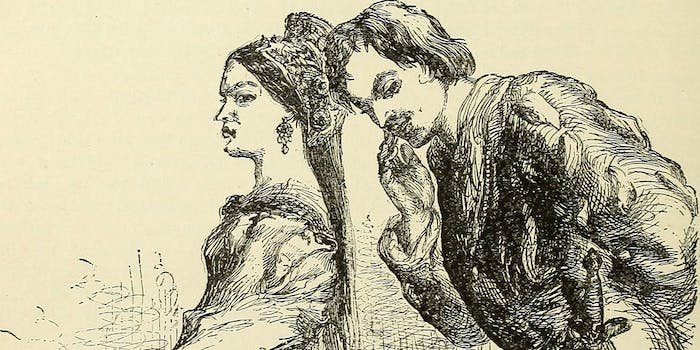 I am going to continue saying ‘just,’ ‘actually,’ and other words that undermine my credibility

Women are being told to monitor what they say for credibility—and that's absurd.

The firestorm that ensued after Ellen Leanse, former Google executive, wrote an article for LinkedIn about how women need to stop saying the word “just” made my blood boil. This prescription for increased credibility is not the only one of its kind. Author of Playing Big, Tara Mohr, says women need to stop saying “actually.” Marie Claire published an article criticizing the use of the words “like,” “honestly,” and the always controversial “sorry.”

Women around the world are being told to monitor what they say in favor of gaining more credibility, authority, and respect in the workplace, and I call bullshit on the whole thing.

Let’s start with the most glaringly obvious double standard. Have you ever searched “words men say that undermine their credibility?” I did. The first result was “What word do women use that subtly undermines their authority?”

My point exactly. Why should I watch the words that come out of my mouth in order to preserve my credibility when men can say anything they want without being told that it’s affecting their authority?

I understand the sentiment behind this advice. Women are statistically saying “just” and other words that supposedly undermine their credibility three times as often as men say the same words. Leanse even says that “just” is a permission word and I can agree with that. My dissent on this topic is not me disagreeing that there are some words that don’t sound as professional or as authoritative. My opinion is founded in the principle—why are women being told to act in a different way than men so that they can be perceived as equal to men?

It’s a contradictory set of rules that I refuse to subscribe to. The intense spreading of Leanse’s message online shows that a mass amount of women still believe the lie that their value in their careers is directly tied to the way others, specifically men, perceive them. What if, instead of invoking insecurity about the way women speak, we put an emphasis on how their innovation, incredible sales performance, and stellar interoffice communication practices are the driving forces of their success? What if we took the focus off of this ridiculously shallow (albeit, unintentional) attempt at undermining women and made word choice a non-issue?

As long as women are penalized for something as insignificant as which adverb they choose, the career playing field won’t be equal.

So while our male co-workers are busy expending energy on how to increase their sales and make their way up the corporate ladder, women are bogged down with the worry that an accidental “just” may have ruined their perceived level of expertise. As long as women are penalized for something as insignificant as which adverb they choose, the career playing field won’t be equal. It’s no one’s fault but our own for believing that it matters.

My second issue with this sexist advice is less about gender equality and more about a personal sense of self-worth and success. If you think that your word choice is enough to undermine your authority in your industry, then you probably don’t feel all that confident in your performance. It’s a self-fulfilling prophecy, of sorts. I’m a writer and I’m damn good at what I do. I can convey an intense emotion in a visual way using only words. I craft thought-provoking pieces that inspire, encourage, and challenge belief systems. I’ll be damned if I’m going to lose sleep over saying “like” too many times or throwing out an inaccurate and over-dramatized use of the word “literally.”

When you know that your credibility and authority is based on your knowledge, experience, and performance, it won’t matter what words you use because you’re going to portray the kind of confidence that comes with a strong sense of self-worth. If the uttering of a word can weaken your feeling of confidence, that self-doubt probably runs a lot deeper than you realize.

Your professional success is not dependent on your choice of words.

Listen up, ladies. You don’t need Leanse, or any other person on this planet, to validate your credibility. Your experience, desire to learn and grow, performance on the job—those things are the foundation on which your credibility is built. Your authority in your office is not based on the words that you say. It is based on your ability to diffuse tense situations, the way you strategize new ways forward, and the way you take initiative and get shit done. Your professional success is not dependent on your choice of words.

I’m going to keep saying “just,” “like,” “actually,” “basically,” and literally every other word that supposedly undermines my credibility. Authority and credibility are self-assigned and as long as you believe you’ve got it—and consistently back up your confidence with results—keep saying whatever the fuck you want to say, and do it with the confidence of a woman who knows her worth and credibility exists on a scale that isn’t affected by sexist ideologies that diminish our equality.