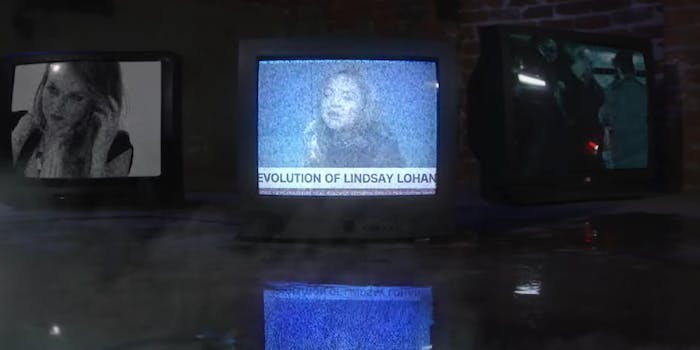 People find it very on-brand that she announced her comeback in the midst of a pandemic.

Lindsay Lohan wants the world to know she’s “back.”

The star announced her return to music in dramatic fashion.

On Tuesday, Lohan announced her return to music in dramatic fashion, inundating her cleared social media accounts with a video montage of her experiences with the paparazzi and other infamous moments in the public eye, Page Six reports. Toward the end of the 30-second clip, Lohan says “I’m back,” as a white smiley face appears on a shattered TV screen.

This will be the first time the actress and singer-songwriter has released new music since the 2000s. Her last album, A Little More Personal (RAW) dropped in 2005. Her debut album, Speak, which included the hit song “Rumors,” sold over a million copies, according to E! News. In 2008, she released her most recent single, “Bossy,” Entertainment Tonight reports.

In lieu of a singing career, Lohan also notably starred in movies such as Freaky Friday and teen classic Mean Girls.

Fans applauded Lohan for making the announcement, expressing their excitement for the songstress’ return to the music scene. Others took note of the fact the singer chose to announce her comeback during a pandemic.

Fans have been anticipating Lohan’s return to music for some time. Back in June 2019, Lohan shared a photo with fans of herself back in the studio. She retweeted a news article about the photo with the caption, “Hard at work.”

Lohan hasn’t announced the release date or title for the new single, however, listeners can make sure to pre-save the song on Spotify.