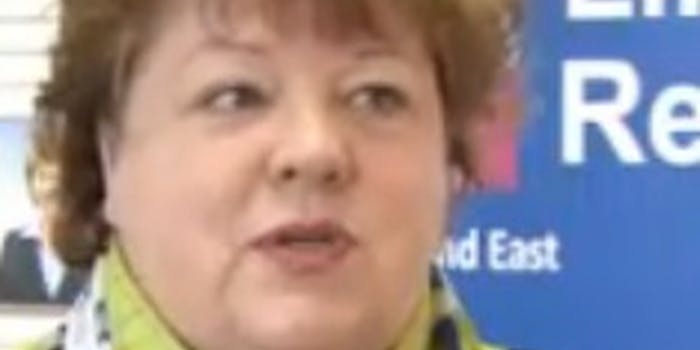 The campaign site and Facebook page of Linda Reid, deputy speaker in British Columbia’s legislative assembly, linked to lindareid.com rather than lindareid.ca. The former (which is definitely not safe for work), bears the title “Teen Flesh” and shows a number of young women engaging in sex acts.

The mixup would seem to be a typo, though Reid suggested something more nefarious was afoot.

“We will certainly get to the bottom of it,” Reid told CBC News. “There’s no way in the world we’d want to give anyone any notoriety for hacking into websites.”

Her Facebook page appeared to have been deleted as of Thursday morning.

The errant link isn’t Reid’s only problem when it comes to her campaign site as she gears up for the provincial election on May 14.

Elections B.C. said the site doesn’t include authorization from a financial agent. That violates the province’s Election Act. Reid told CBC she wasn’t aware of any issues.