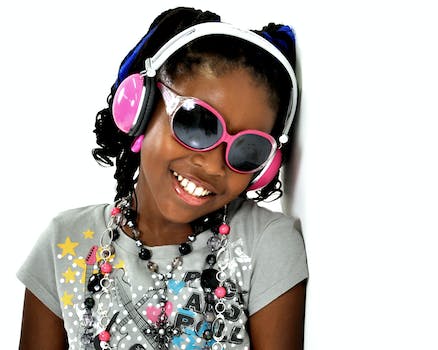 Don’t make her snap her fingers

Lil Savion wows the Internet (and draws haters) with her rap.

Eleven-year-old Savion Stanfield, aka “Lil Savion,” is currently making waves — both good and bad– on the Internet with her attitude-filled rap song “Don’t Make Me Snap My Fingers.”

Rafaela Stanfield, Lil Savion’s mom, explained her daughter was inspired by all the cheerleaders at the football and basketball games (Savion plays basketball at school).  “That’s some of the things they chanted.” And cheerleading movie “Bring It On” is one of Lil Savion’s favorite’s.

If the chorus of “Don’t Make Me Snap My Fingers” sounds familiar, that’s because it originates from  a common school yard chant. The “Z Formation” finger snap was popularized in the 90’s by an In Living Color sketch by comedians Damon Wayans and David Alan Grier, though trading insults with finger “snapping” dates back to “The Dozens,” a game played by American slaves.

Local rapper Phillip Davis said he loved her stuff so he shot it for her.

“She was telling me one day that she had written a song and dance,” said Davis, who goes by “Conflict”  in the Myrtle Beach, South Carolina hip hop community. “She has a passion for writing,” said Davis, whose dream is to one day have a production company named STO Productions.

Savion’s father came up with the beat, because Savion “wanted to make a song she could dance to” said Stanfield. Everyone in the family got involved with the video, including Savion’s distant cousins. And Savion’s school was gracious enough to let them shoot the video during after hours.

When “Don’t Make Me Snap My Fingers” was originally uploaded  in October of last year, it sat at couple thousand views – until last week when views of the video shot up at an exponential rate.

The blog, Crunktastical, featured the video on August 22nd, recommending it to its readers. Then on Sept. 1, the video caught the eye of Buzzfeed on September 1st, in a quick post referencing Rebecca Black, who is often ridiculed.

Once Comedy Central’s Tosh.0 picked up the video, “Don’t Make Me Snap My Fingers” spread like wildfire on Facebook, Tumblr and Twitter .  Lil Savion’s song currently has nearly 260,000 views.

“We’re very surprised — and she loves it,” said Stanfield, adding that all the attention is very exciting for her daughter. When she picked up her daughter at school yesterday, everyone was talking about her song.

People on YouTube have even taken to copying Lil Savion’s song and dance, from dancing teenagers, pre-teens in a parking lot, little boys, and even a grown man man in a wacky disguise.

Besides the love and encouraging words, like “this video is cute” or “this song is super catchy”, “Don’t Make Me Snap My Fingers” has gotten an alarming amount of hate — mostly in the form of racial epithets. At one point, the top comment on YouTube called Lil Savion a “hoodrat.” 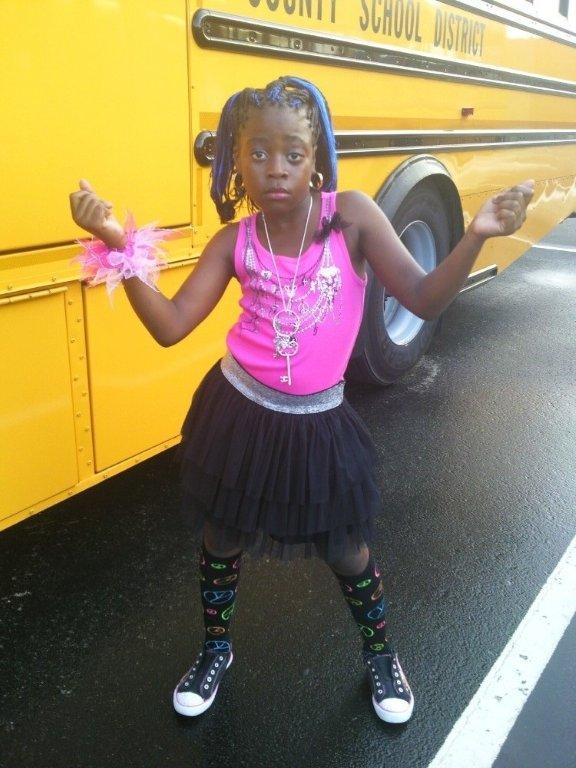 And David Mills wrote on Facebook via the Tosh.0 blog, “She looks like she’s 11 so I’m sure her kids are proud of her.”

Jonathon Wallen wondered if she was forced into doing this video, to which Bret Dixon replied, “That’s what I am thinking. Momma needs more crack, gotto make my baby famous so she can make me some money.”

Others made fun of Lil Savion’s eye, calling her “Fishy” on YouTube  (she had to have surgery on her eye as a baby).

Stanfield doesn’t understand why “people would go make discouraging comments on a little girl’s video” but ultimately got over it by saying “there are always negative people out there.” The comments about Lil Savion’s eye hurt her the most.

As for the comments calling Stanfield a bad mother, she called them “crazy. We support her very much and wouldn’t let her do anything that was inappropriate. She’s fully clothed, and doesn’t do any inappropriate moves. It was all done with a child’s perspective.”

Davis was also a little perturbed by the hate.

“I guess people have the rights to their own opinion. I am sorry that people are hating on it, but we do what we do because we  love to do it,” Davis said. “We did the video out of enjoyment.”

Lil Savion, on the other hand, wasn’t as phased by the negative comments. “These comments kind of hurt her feelings at first, but then she told me, ‘Mom, comments like that make me want to do better, work harder.’ I’m so proud of her for doing that,” said Stanfield.

Since October, Lil Savion has written two songs that need to be recorded, and is working on another two.

“Her dream is to be a singer, but if that doesn’t work out, she wants to be a lawyer. She’s very ambitious.”

“Don’t Make Me Snap My Fingers” is available for download on SoundClick.com.