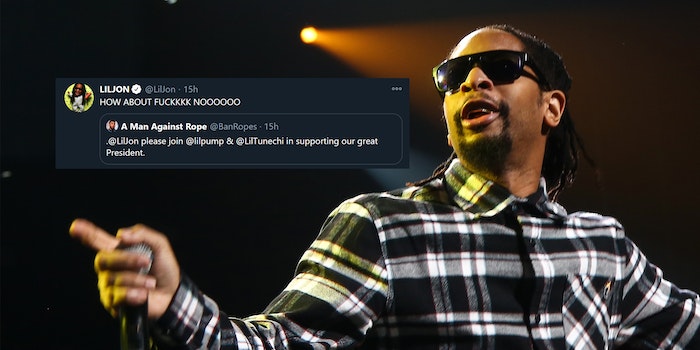 Lil Jon has announced in no uncertain terms that he will not be completing the triumvirate of Lil rappers supporting President Donald Trump during the 2020 election.