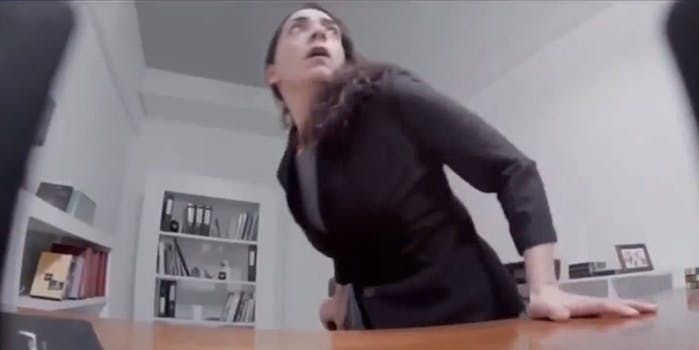 They thought they were getting a job interview, but they got this instead

You'd pee your pants, too, if it happened to you.

Job interviews are rarely stress-free. Acting professional, shaking hands firmly, and speaking clearly all become difficult tasks when a job is on the line. So when you see the apocalypse happening outside your potential boss’s window, it’s perfectly natural to freak out a little.

That’s exactly what happened to four candidates at LG Electronics in Chile—or at least, it’s what they thought was happening. Actually, the electronics giant had replaced the window in the room with an 84-inch HD television, which it used to show a very realistic mammoth meteor destroying all of civilization. As the cloud of rubble and debris seemed to near the office building, the room shook and the lights cut out.

What happened next was hilarious—to everyone except the interviewees, who weren’t all relieved to learn it was just a prank.