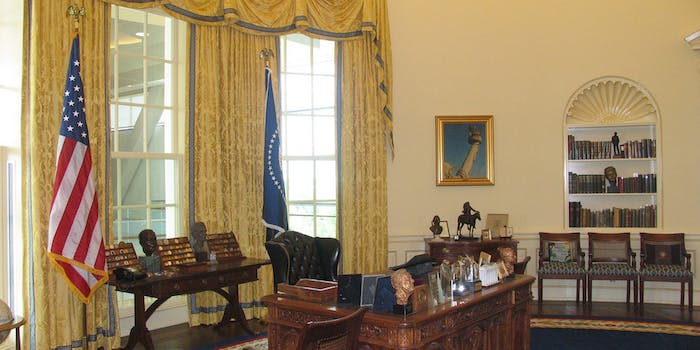 Monica Lewinsky was the patient zero of Internet slut-shaming

As a mouthy, insecure, sexually profligate Jewish girl, I’ve always felt something of an element of kinship with Monica Lewinsky.

Monica Lewinsky doesn’t want to be known as the fat girl who blew the president anymore. She made that clear earlier this week in a first-person essay in Vanity Fair, in which she breaks her near-decade-long silence on the scandal that made her a late-night TV punchline. “It’s time to burn the beret and bury the blue dress,” she writes in a preview of the piece, which will be published in full on Thursday.

When you first read Lewinsky’s assertion that she wants to “bury” the scandal that made her a household name, it comes off as more than a little disingenuous. After all, there’s a reason why she has a platform in Vanity Fair, and it isn’t due to her sterling reputation as the creator of a successful line of handbags.

But when you read the excerpts of Lewinsky’s essay again, it becomes clear that she’s not only being disingenuous, she’s outright lying. She has no interest in burning the beret or burying the blue dress. If anything, she’s breaking both out of the dry cleaning bags and taking them out on the road. But she’s not reopening old wounds and drawing attention to herself for the same reason most victims of celebrity scandals do, as a way to promote their book or sex tape or recent conversion to Islam or upcoming loss to a Family Matters cast member on Dancing with the Stars.

Monica Lewinsky is in Vanity Fair because she wants to reinvent her image—as the fat girl who blew the President and lived to tell the tale. She is attempting to recast herself as the Elizabeth Taylor of cyber-bullying, what Salon’s Mary Elizabeth Williams calls “the grande dame of the slut-shamed,” and it is a role that fits her much better than that schlubby blue dress did.

I should probably preface this by saying I’ve had an enormous amount of sympathy and respect for Monica Lewinsky since I was old enough to understand her role in the Clinton scandal. I was eight when the story broke, and the only thing I remember about it is seeing a cartoon of Lewinsky and Clinton as Leia and Han Solo in a MAD Magazine Star Wars parody and asking my father why Clinton was holding a cigar instead of a light saber.

This is in no small part due to the fact that—as a mouthy, insecure, sexually profligate Jewish girl—I’ve always felt something of an element of kinship with her, but it’s also because I think she has a remarkable amount of grace and fortitude considering what she’s been through. I know if I were dumped by my boyfriend, betrayed by my best friend, and accused of being a dumb, fat whore by Kenneth Starr, Barbara Walters, and the entire American public, I would probably have spent the remainder of my days in an insane asylum or a nunnery. We should all acknowledge that the fact that girl got it together enough to get her Master’s degree and make a line of handbags is nothing short of miraculous.

The truth is that Monica Lewinsky was not the first person to become embroiled in a celebrity sex scandal, nor was she even the first woman whose zaftig sensuality threatened to bring the entire US government crashing down. But she was one of the first women to be shamed and harassed on the Internet, a dubious honor that she cops to in her Vanity Fair piece: “Thanks to the Drudge Report, I was also possibly the first person whose global humiliation was driven by the Internet.”

But there are certain qualities that make you more vulnerable to such treatment than others, and you see them in Monica’s 1999 20/20 interview with Barbara Walters, which is available in full on YouTube. In the interview, Walters is her usual cheerfully abrasive self, calling Lewinsky a “stalker, bimbo, seductress” with as much glee as a cruise ship director calling B-29 at Bingo. “Where’s your self-respect?” Walters demands of Monica, who sits there smiling politely, her lips glossy and bouffant expertly styled. “Where’s your self-esteem?”

When you watch the interview, it is clear that Monica, however well-prepped she’s been by her PR and makeup people, is not happy with these questions: When Walters interrogates her, she recoils as if slapped, choking out her answer that no, she doesn’t think she does have much self-esteem for a woman her age. She doesn’t come off as a naturally strong or resilient person; she’s not a natural-born survivor, like an Elizabeth Taylor or a Hillary Clinton, women who seem to have emerged from the womb clawing and biting. She seems like a lovesick, insecure 25-year-old, which is exactly what she was.

But Monica is 41 now, and she has acquired a flintiness that we haven’t seen before. In her piece, she’s quicker to joke—her jibe toward a Beyonce lyric that name-drops the scandal is particularly noteworthy—and to preempt any criticism that might come her way. That might be a result of the natural discrepancy between how she comes off in print and how she comes off in person, but I don’t think so. I think it’s because time has made her stronger—not Liz Taylor-esque resilience. Time has made Monica Lewinsky the perfect spokesperson for women on the Internet.

After the Vanity Fair excerpts were released earlier this week, a lot of people wanted to talk about how the media would have covered the Lewinsky scandal if it broke today. But the truth is, I don’t think the coverage would have been any different. I don’t think we’ve evolved considerably in our attitudes toward young women. If anything, I think it’s even harder for women like Lewinsky to exist in a public space than ever before.

Women like Monica have always been walking targets. They were before the Internet existed, but now the bullseyes on their backs are bigger, bolder, more pronounced. Which is why it is so amazing to see Monica Lewinsky using her notoriety for good, rather than descending into an endless spiral of celebrity boxing tournaments and sex tapes and Penthouse centerfold appearances, becoming a spokesperson of sorts for victims of cyberbullying and online harassment.

Following the 2010 suicide of Rutgers student Tyler Clementi, who was outed by his roommate in a cruel prank, Lewinsky writes that she struggled to find a way “to help others in their darkest moments of humiliation.” She continues, “The question became: How do I find and give a purpose to my past?” According to Lewinsky, the answer was to “get involved with efforts on behalf of victims of online humiliation and harassment and to start speaking on this topic in public forums.”

With a resurgence of media attention and public interest in her story, Monica is effectively opening herself up to such harassment again; when the Vanity Fair essay goes live, the fat jokes and crazy slut jokes and cigar references will begin anew. She will go down in history books as the fat girl who blew the President; there is nothing she or anyone else can do to change that.

But she’d like to add an addendum to that title: she’s Monica, survivor. She’s found her self-respect; she’s found her self-esteem. And to the millions of men and women who are shamed, bullied, and made to feel like walking targets online every day, her story should serve as nothing short of an inspiration.

Photo via TruthOut.org/Flickr (CC BY 2.0)