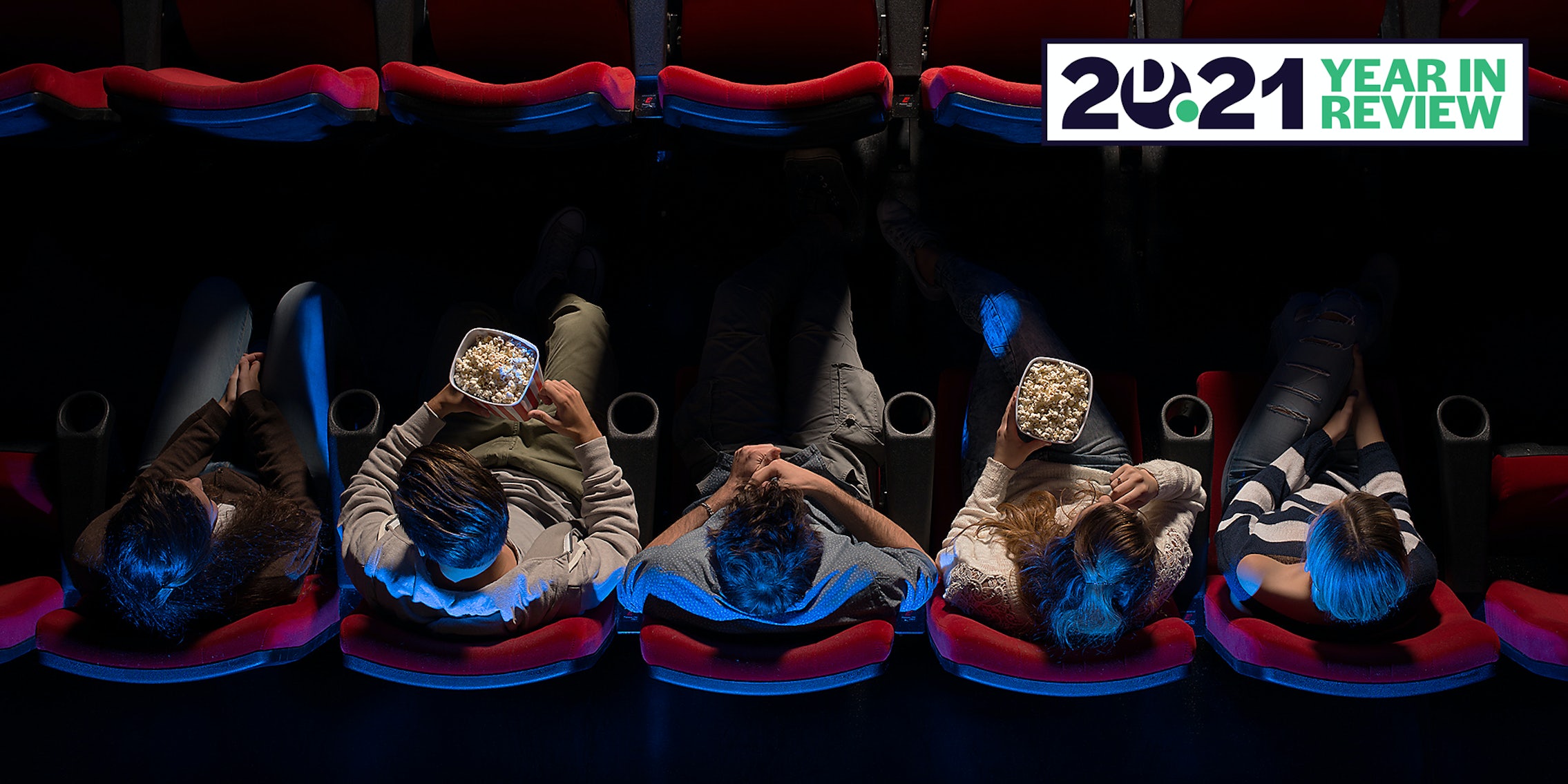 Letterboxd was the only good social network in 2021

A friend’s list on the app is a constant curation of potential recommendations.

A few weeks ago, Jeff Goldblum was subjected to a series of questions by Stephen Colbert during his appearance on The Late Show. Released as two separate videos on YouTube just last week, the questionnaire consisted of 15 fairly softball and low-stakes questions that let Goldblum play up his eccentric charm. To kick off the second video, Colbert asked Goldblum what his favorite action movie was. Instead of listing just one movie, Goldblum took out a small black notebook from his jacket pocket in clear anticipation of the question at hand.

“Now, this is a work in progress,” he told Colbert, getting excited enough that he struggled to get the words out. “I’m going to- I can’t- I would be- I can’t say one, but here are a bunch of movies, very quickly.” By Colbert’s count, Goldblum listed 25 movies, which encompassed a blend of classics, modern movies, and even one of his own movies: Jurassic Park.

It didn’t take long for Letterboxd, a social media site that allows users to log, review, and list all of the movies they’re watching or want to watch, to urge Goldblum to “drop your Letterboxd” so that we could see what else Goldblum was watching. Shortly after, someone made a Letterboxd list of Goldblum’s favorite action movies, which features a bar that allows users to see what percentage of the movies they’ve watched for themselves or to plan a new watch. (I’ve seen 11 of the 25.)

Letterboxd, the New Zealand-based site that was founded in 2011 by Matt Buchanan and Karl von Randow, was geared toward cinephiles. In 2021, it’s a site I frequented more and more not just because I logged movies, but it gave me more of a window and a curative experience that made the year suck just a little less.

Many of Letterboxd’s early users are the kind of people, according to a 2020 Ringer profile on the site, who were already obsessively logging what movies they watched on paper or spreadsheets; the site notes that it’s been described as “Goodreads for movies.” The site is active on Twitter as it celebrates movie anniversaries and film awards or showers affection for filmmakers. More people started frequenting the site more during the pandemic; Letterboxd said in January 2021 that the number of accounts on the site nearly doubled in a year.

Yet it still had the feel of something you might find word-of-mouth, even if it still had some of the same issues as much larger sites like Rotten Tomatoes albeit on a much smaller scale; in 2019, amid review-bombing for Captain Marvel, Letterboxd tried to curtail trolling and review-bombing by hiding its star-rating graph before a film’s first public screening. And although some of the site’s most popular users were film critics, others frequented the site for fun or as a hobby.

With the loose open-ended nature of logging a review for a movie you’ve seen, you often have reviews that examine the craft right alongside the shitposts, the latter of which usually ends up going viral on other platforms. When Denis Villeneuve’s Dune was released in October, several of the shorter reviews captured both the awe and absurdity of the film. Then you have the hyper-specific Letterboxd list, which can be something of an art.

I signed up for Letterboxd a few years ago in an effort to try to actually watch more movies on my own time—whether to keep up with the latest releases in a new city or to finally go back and watch those movies I should’ve watched—as well as discover what I might be missing, and the pandemic only fueled that exponentially. My Letterboxd profile doesn’t get much traction, which could lend to why I like the site so much. It’s also one way to view the shape of my year. From the movies I’m tracking, I can tell when I spent most of my days watching film festival offerings; when I started watching a bunch of Oscar movies to play catchup; and when I spent more time watching TV I was set to review than watching movies (or when I went out and about). There’s even a marker of when I finally returned to the movie theater. It lets me parse out thoughts that might not work in a more formal format. You could probably even take a good guess at my mood depending on what I was watching.

When film discourse becomes contentious and repetitive—like whenever a famed director is asked about whether they’d ever direct a superhero movie—or a viral bad take emerges, it sparks a new list of things to check out. A friend’s list is a constant curation of potential recommendations, and I can even talk about a decades-old movie I’ve never seen without judgment.

One of the best movie experiences I had this year was sparked, in part, by Letterboxd: I finally watched Wong Kar-wai’s In the Mood for Love, a movie that I saw on a whim at the IFC Center after noticing several friends visiting or revisiting it before seeing Tony Leung in Shang-Chi.

Shortly before Letterboxd inquired after Goldblum’s profile, it did the same thing to Kristen Stewart. She’s mentioned watching a lot of classics lately, and in an interview at the Gotham Awards, she even called herself “such a film nerd.” Our interest in what people are watching isn’t necessarily because people like Goldblum and Stewart actually have Letterboxd accounts that we know of—there are a handful of directors who have accounts to log movies, analyze techniques, or criticize their own movies. Rather, we’re curious about what the people who make movies want to hit play on next.