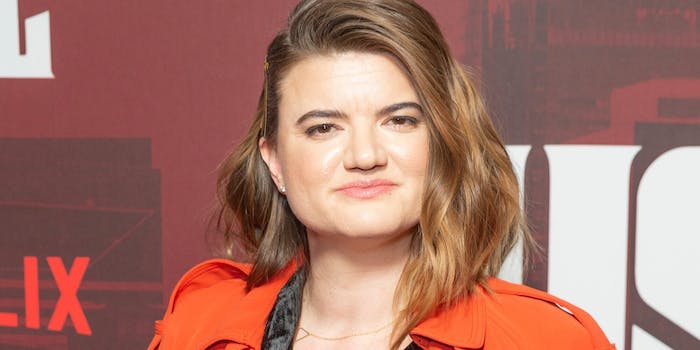 Leslye Headland will create and write a 'female-centric' series.

A new Star Wars series is in the works from Russian Doll co-creator Leslye Headland for Disney+, according to a new report.

First reported by Variety (and confirmed by the Hollywood Reporter), Headland would serve as creator and would write for the show. She previously wrote About Last Night, wrote and directed Sleeping With Other People. Along with writing and directing several episodes of Russian Doll, some of her TV writing credits include Terriers and SMILF.

Little is known about Headland’s Star Wars series other than the fact that, per Variety, it’s a “female-centric series that takes place in a different part of the Star Wars universe than other projects.” (One possibility could be the rumored Doctor Aphra series, a Lucasfilm and Marvel collaboration centered around the fan-favorite archaeologist who has both helped and hindered the Empire and the Rebellion in the aftermath of A New Hope.)

While The Mandalorian included female directors like Bryce Dallas Howard and Deborah Chow (who will also direct the upcoming Obi-Wan series) as part of efforts to be more inclusive behind the camera overall, only one woman has written a Star Wars film. And it took until Victoria Mahoney, a second unit director on The Rise of Skywalker, for a woman to direct a Star Wars film. Now heading her own Star Wars show, Headland would be in good company.

Over at Disney+, the galaxy far, far away is starting to take shape. Jon Favreau’s The Mandalorian, the wildly popular series that helped kick off Disney+’s run and become something of a phenomenon, will air its second season in October. The untitled Cassian Andor series that takes place prior to Rogue One, and an Obi-Wan series starring Ewan McGregor, are both in varying stages of production; the Obi-Wan series was delayed earlier this year for script rewrites.

On the animation side, the final season of The Clone Wars will end on May 4.