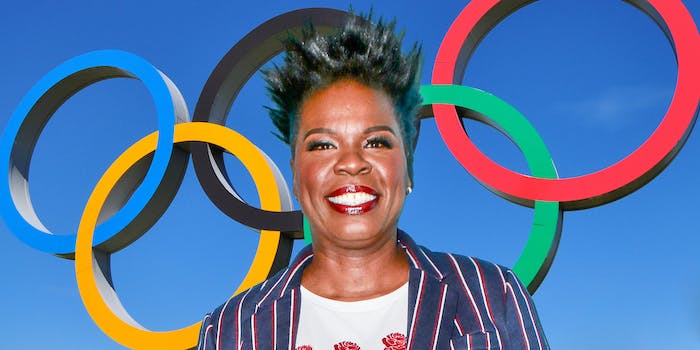 The Olympics are a lot more fun and relatable on TikTok.

The Tokyo Olympics have been a bit of a mess to watch, but on a second screen—TikTok—it’s been much more fun. And that’s mostly because of Leslie Jones.

Jones often livetweets whatever she happens to be watching, but she brought some much-needed humor and curiosity to the role of unofficial Olympics commentator over the last week.

Some of her most viral TikToks were of the artistic swimming events. “That’s how we roll up when that motherfucker didn’t text you back,” Jones said at the beginning of Russia’s event, as the swimmers strutted in sync. She also had a good question about their makeup.

Snoop Dogg and Kevin Hart were brought in by NBC to add some commentary to the Olympics, but they obviously need Jones in the mix, too. (Yes, her gig hosting ABC’s Supermarket Sweep revival probably conflicts.) Still, she asks the tough questions. Like: Can this guy stop running already?

As noted, TikTok has offered an alternate view of the Olympics, much of it from the competitors’ POV. Ilona Maher of the U.S. women’s rugby team became a FYP staple for her TikToks from the Olympic Village, and her quest to find a “bae.”

Raven Saunders, who took home the silver in women’s shot put, gave food reviews and opened up about mental health and the sudden loss of her mother.

On Sunday, Jones explained that she doesn’t get paid to commentate, she just enjoys watching: “I’m watching the Olympics with my fans.”