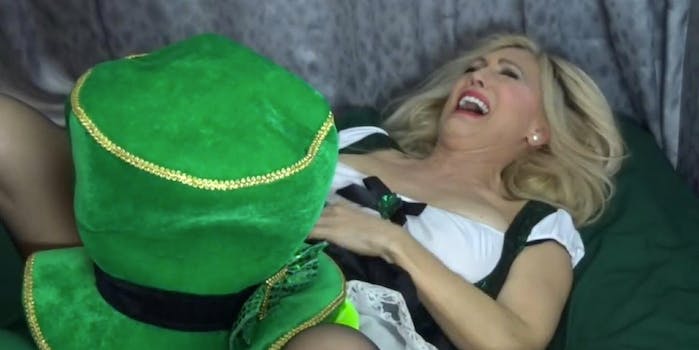 Chasing that snake out of your pants. It’s important to remember that while 8,000 percent sounds like a huge increase, there probably aren’t millions of people pleasuring themselves to leprechaun lovemaking today. If, for instance, there are only five people searching for leprechaun videos on an average day, an 8,000 percent spike would only bump that number up to 400.  Pretty puny when compared to terms like “lesbian” and “teen,” Pornhub’s top two searches from last year.

If you really need some St. Patty’s Day action, your best bet might just be to go out to the pubs with a “Kiss Me I’m Irish” shirt, have a few pints of Guinness, and hope for the best. You never know—you might just get lucky.