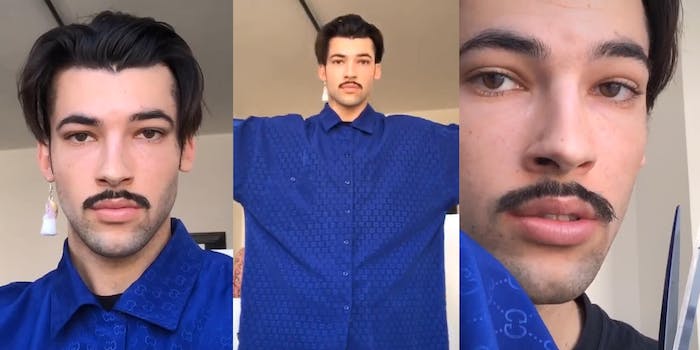 Everyone is apparently finding out about Leo Reilly this week.

John C. Reilly has a son, Leo, and he has awakened the internet.

Leo Reilly existed before this week: The 22-year-old musician and model is the eldest son of actor Reilly and film producer Alison Dickey. But over the last week, some thirst tweets directed many of us to Reilly’s social media presence and Google Images in search of answers.

On TikTok, where he has more than 700,000 followers, Reilly offers DIY fashion tips, experimental dances, and thoughts about Vanessa from Bee Movie.

He’s also a musician, under the name LoveLeo. He released a single, “Boyfren,” a few months ago, but has even weirder content: A video released earlier this week, which appears tangentially related to Toyotathon, feels like a cut segment from Check It Out! with Dr. Steve Brule.

He already has a fandom as LoveLeo, but it seems a lot of people were learning something this week.