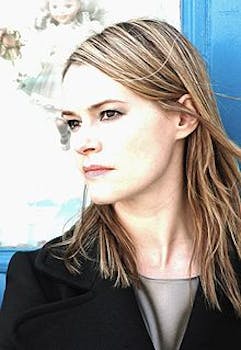 Southwest booted actress and musician Leisha Hailey from a flight after she kissed her girlfriend. Hailey and Southwest are duking out their differences on Twitter.

Actress and musician Leisha Hailey said she was kicked off a Southwest Airlines flight yesterday for kissing her girlfriend. Hailey, who is best known for her role as Alice on The L Word, tweeted that a flight attendant told her “it was a ‘family’ airline and kissing was not ok.”

“This is an outrage. I demand a public apology by @SouthwestAir and a refund. Hate is not a family value. I will never fly this airline,” she tweeted.

Southwest Airlines, which makes GLBT outreach part of their mission statement, responded within the hour via Twitter.

“@UhHuhHerMusic I’m so sorry! Can you please follow/DM me more details so we can get to the bottom of this? Thanks!” a spokesperson wrote.

The airline issued a statement on the same day, showing once again how quickly companies must respond to issues that are reported on Twitter. The airline said they addressed the actress after other passengers complained, and that they approached her “based solely on behavior and not gender.”

“Initial reports indicate that we received several passenger complaints characterizing the behavior as excessive,” they said.

This is not the first time Southwest Airlines has come under fire for offending a celebrity. Earlier this month, Green Day’s Billie Joe Armstrong was escorted off a plane because a flight attendant thought his pants were sagging too low. Last year, Southwest deemed director Kevin Smith “too fat” to fly on their airline.  (In June, a college football player, Deshon Marman, was kicked off a US Airways flight for also having pants slung too low.)

After Southwest’s apology, Hailey again took to Twitter to express her dissatisfaction with the airline.

“@SouthwestAir I didn’t realize a small peck on the lips is regarded as excessive and never once did your stewardess mention other passengers,” she replied.

“Dear @SouthwestAir ur archaic thinking makes me sick! ur discrimination towards ur passengers is deplorable! i will NEVER fly southwest!” wrote Kelly Osbourne on her verified account.

“No one bats an eye when straight couples kiss in public. When a gay couple does it’s “not family friendly”. #doublestandard,” tweeted fellow musician Adam Lambert.

@GLAAD, The Gay & Lesbian Alliance Against Defamation, aslo  took Hailey’s side of the issue, even though Southwest is their official airline and serves as a frequent GLAAD sponsor.

“GLAAD calls for additional actions beyond the @SouthwestAir statement: t.co/LgkpYGpG,” they wrote.

Given the buzz on Twitter, Southwest’s PR team appears to be in for a busy week.

Some news organizations have asked other Southwest passengers who were on the flight and who may have witnessed what really happened to come forward. We’ll provide updates as we find out more.

UPDATE: Both Southwest and Hailey have released further statements about the incident, which continues to escalate on Twitter.

“We want to make it clear we were not making out or creating any kind of spectacle of ourselves, it was one, modest kiss,” Hailey and her girlfriend, Camila Grey said in their statement.

They added that they “take full responsibility for getting verbally upset with the flight attendant after being told it was a ‘family airline.’ We were never told the reason the flight attendant approached us, we were only scolded that we “needed to be aware that Southwest Airlines was a family oriented airline.” No matter how quietly homophobia is whispered, it doesn’t make it any less loud.”

Southwest, on the other hand, said the women were not booted for kissing but rather for “their aggressive reaction” to an employee talking to them about their PDA.

“Although we have reports of what Customers characterize as an excessive public display of affection, ultimately their aggressive reaction led to their removal from the aircraft.  We do not tolerate discrimination against anyone for any reason. In this situation, their removal was directly and solely related to the escalated conversation that developed onboard the aircraft.”

Judging by ongoing tweets and reactions on news sites to the incident, this won’t be resolved any time soon.