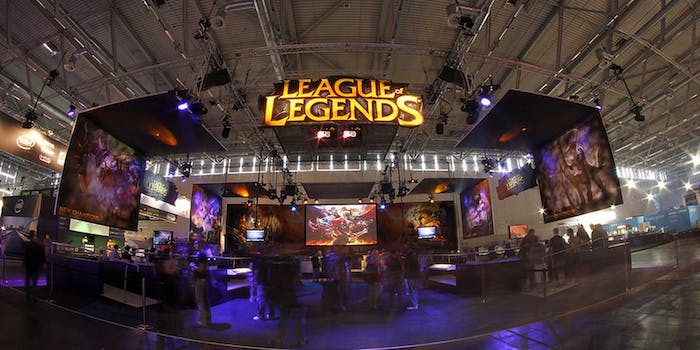 Carter allegedly followed the joke with an "lol and a "jk."

In February 2013, Justin Carter got in an argument on the social network over League of Legends, the popular online multiplayer game. At some point during the conversation, someone accused Carter of being off his rocker.

Instead of dismissing the claim, the 18-year-old responded in a less than tactful manner.

“Oh yeah, I’m real messed up in the head, I’m going to shoot up a school full of kids and eat their still, beating hearts,” he wrote. The teen’s comments came two months after the tragic mass shooting at Sandy Hook.

Carter allegedly followed the previous message with an “lol” and a “jk,” but the joke was lost on a Canadian woman who was partaking in the discussion. According to KHOU, she did a cursory Google search and found out that the Texas teen previously lived next to a primary school.

She then contacted the local police department, who proceeded to arrest him on March 27. He is being charged with making terroristic threats. A search of Carter’s home produced no weapon and his computer was confiscated as evidence. His trial has been set for July 1.

In the interim, Jennifer Carter—Justin’s mother—has launched a Change.org campaign petionining Texas Attorney General Greg Abbott, Comal County District Attorney Jennifer Tharp, and President Barack Obama to release her son. The petition argues that the police were in violation of Brandenburg v. Ohio, a 1969 Supreme Court case that ruled that government agencies “cannot punish inflammatory speech unless that speech is directed to inciting, and is likely to incite imminent lawless action.”

As of this writing, the petition has collected 6,742 signatures, and has garnered the support of the League of Legends community.

If convicted, Carter could face up to eight years in prison.