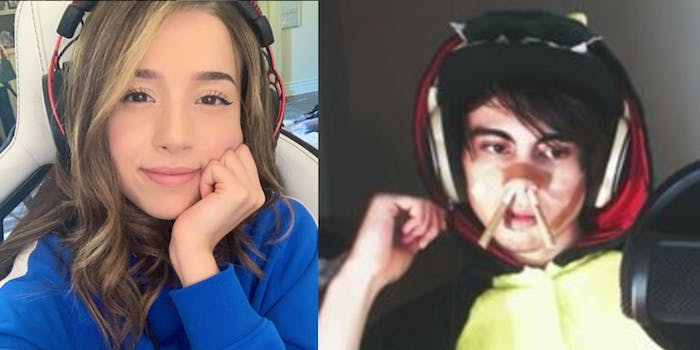 Pokimane says she had nothing to do with the ban.

YouTuber Calvin Lee “Leafy” Vail’s had his account permanently terminated due to violations of the platform’s terms and services regarding bullying and harassment.

After a long hiatus from the platform, Leafy returned and began making a series of videos about other content creators—primarily Twitch streamer Imane “Pokimane” Anys.

In his videos, Leafy criticized Pokimane for her content and claimed she had a boyfriend she was hiding from her Twitch subscribers. He also targeted her tier-3 subs, saying they were donating to her and supporting her in hopes that she would notice them.

Leafly tweeted about Pokimane’s relationship status prior to the ban.

“I still don’t get why the t3 subs are angry,” he wrote. “If pokimane breaks up with her boyfriend because of all this then shouldn’t they be thanking me?”

His videos targeting Pokimane quickly went viral, causing a stir in the online community. Pokimane later took a break from the platform before releasing a video addressing why she keeps her dating life private.

“Pewdiepie is racist,” he tweeted.

“My channel was suspended yesterday, curious if there is anything I could do to get it reinstated,” he wrote. “Or if there is any statement on this you could give on this.”

Pokimane, meanwhile, said on Twitter that she had nothing to do with it.

“I don’t want my silence to leave room for assumptions,” she said.