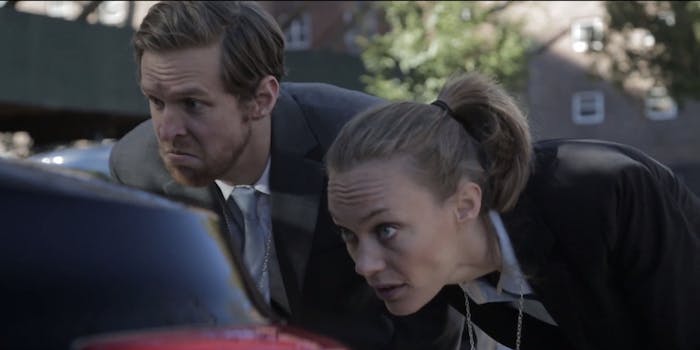 No ad breaks, all product promotion.

Are you in agony every time your Hulu Plus account loads up an ad? Wish we could just do away with ads altogether? Be careful what you wish for. With the growth of “ad-free” streaming entertainment services like Netflix and Amazon Prime, product placement is on the rise.

The brief but hilarious video opens on a typical Law & Order style debriefing at a crime scene. Kelley Quinn plays a straight-shooting detective dishing the dirt to her partner, Keith Rubin. The video features all the stylings and tropes of a Law & Order episode, except instead of clues leading to a culprit, every detail prompts an exchange highlighting one of the Nissan Sentra’s many terrific features before exploding into beloved car-commercial band The Who’s “Won’t Get Fooled Again.”

Now the question is, how much did Nissan pay writers Jay Malsky and Robbie Chernow to pen this little gem?