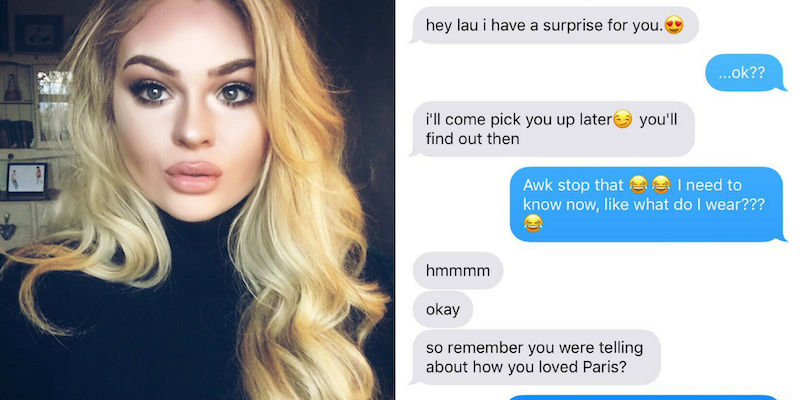 Guy massively trolls his girlfriend for Valentine’s Day, gets called a ‘f**king moose’

Happy Day After Valentine’s Day, folks. The day when couples truly in love depart the gauntlet, leaving weaker relationships to crumble under the weight of attempting to withstand the most romantic day of the year—especially if they weathered a nasty prank such as this.

21-year-old Laura Marie Kerr from Ballymena, Northern Ireland thought she was in for a pleasant surprise from her boyfriend, Jay. Just look at how excited she is from these texts! 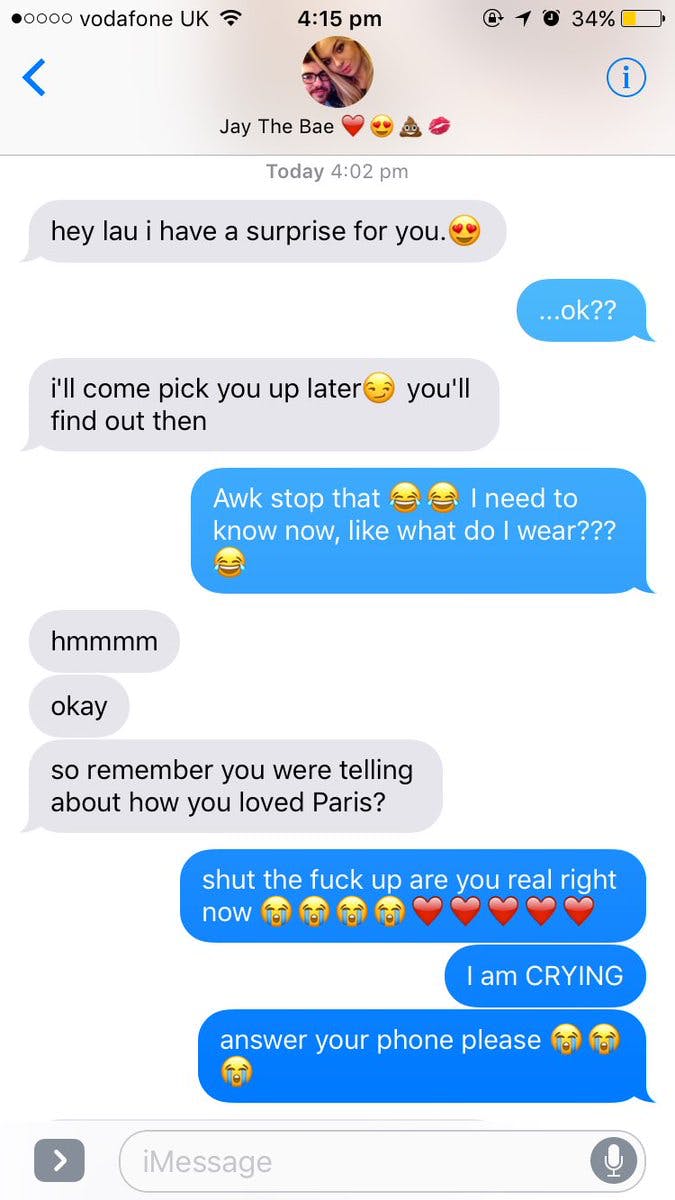 Wow, Paris? That’s quite the offer you have there Jay!

He even drops Barcelona into the mix—damn, she must have one kind (slash rich) partner! 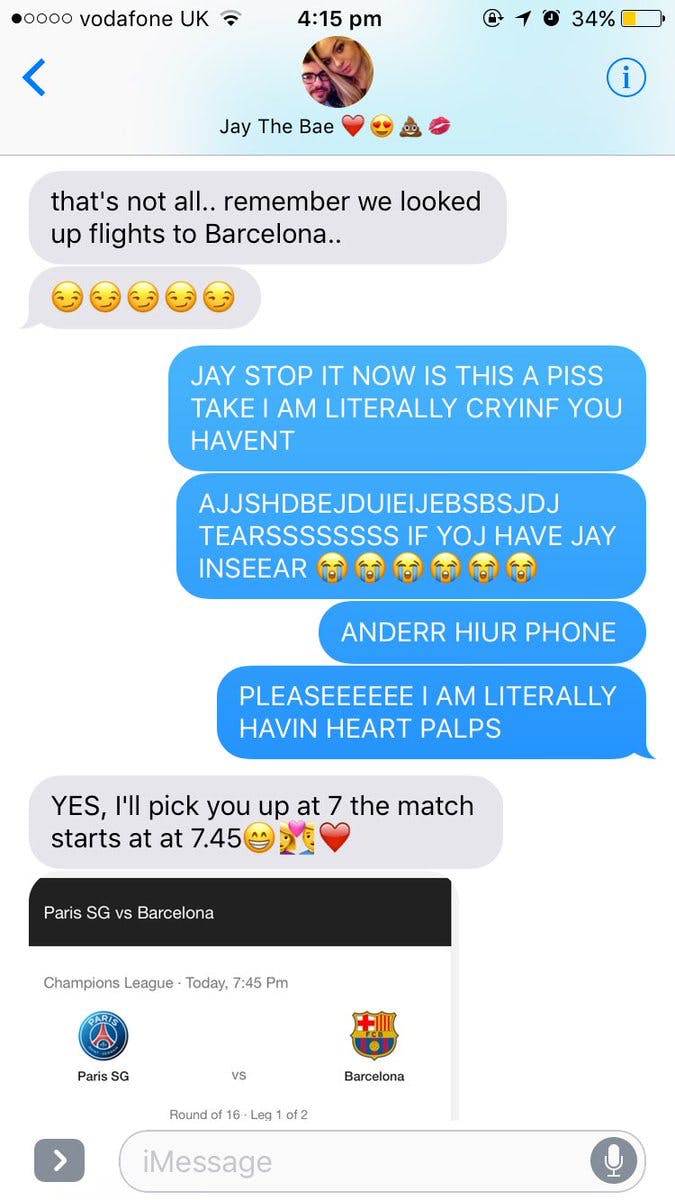 That is, until Laura realizes Jay most definitely has zero intention of taking her anywhere, and just wants to watch a soccer game. Talk about getting someone’s hopes up. 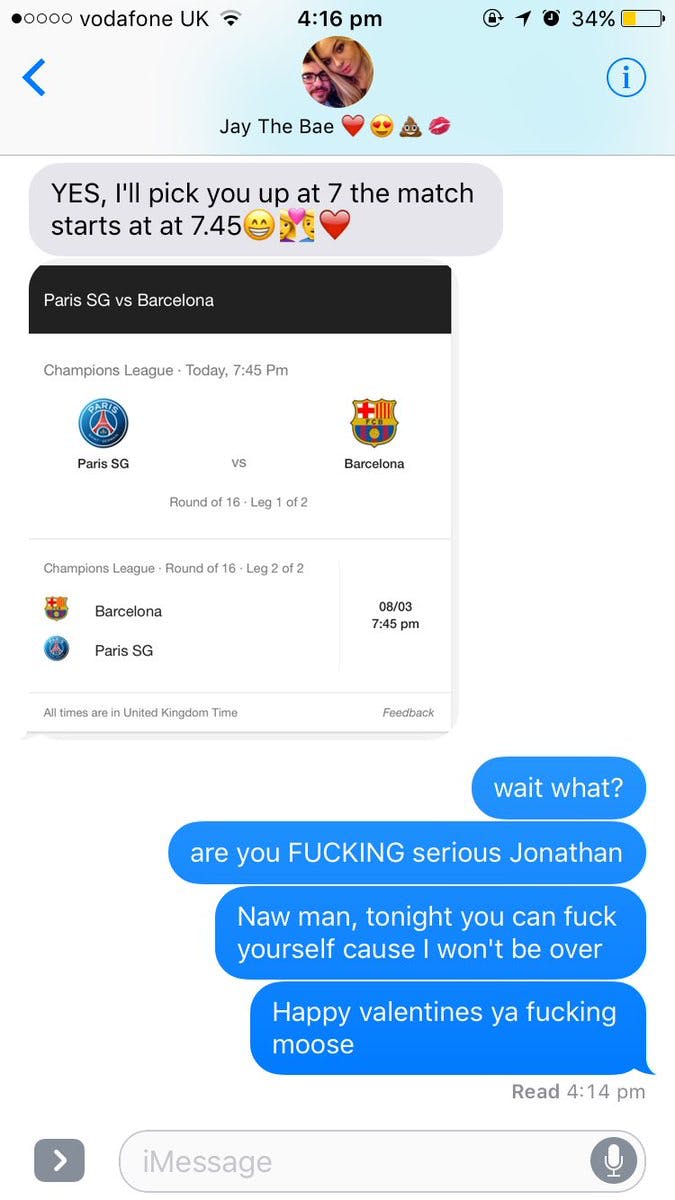 BRB, replacing the names of exes in my phone to “Ya Fucking Moose.”

Yep, Jay’s prank was pretty rude. That’s not to say that there’s anything wrong with watching a sporting event for Valentine’s Day—by all means, if that’s your thing as a couple, cheers!

But damn, if you’re gonna dangle someone’s dreams of traveling in front of them for a prank, go ahead and take the L. In the words of the great philosopher and locksmith DJ Khaled: congratulations, Jay, ya fucking moose—you played yourself.

While this story has the makings of a nasty albeit overreactive breakup, Jay and Laura thankfully made it through the romantic day.

aye your welcome for the viral tweet ya fucking moose https://t.co/3gpz7VRak7

And no, Laura definitely isn’t holding this joke against her boyfriend. It was a joke, folks! Calm it down!

Happy third Valentine’s Day together, Laura and Jay. May others only be as lucky to have their partners call them a fucking moose.