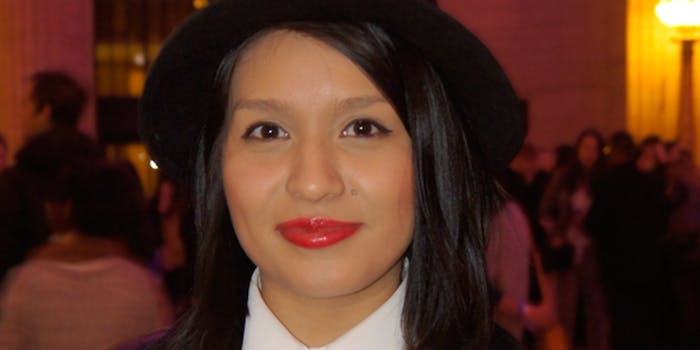 A recent Pew Internet study found that Hispanic people use Tumblr more than any other ethnic group.

Adriana Gaspar has a passion for style. But the young Latina long quickly noticed that many of her favorite fashion blogs were missing something: people like her.

What Gaspar didn’t realize is that she’s part of a movement. Tumblr blogs that explore Latino heritage, culture, and identity are increasingly visible on the platform. In fact, a recent study from the Pew Internet and American Life Project found that more Hispanic people use Tumblr than any other ethnic group.

“Maybe it’s because Tumblr is a platform that really gives Latinos a voice and the opportunity to express themselves,” Gasper reasoned.

Years before Pew highlighted Tumblr’s Hispanic appeal, Lee Vann, the CEO of online advertising agency Captura Group, penned “Why you should use Tumblr to reach online Hispanics,” a marketing overview that praised the site’s support of Spanish and its ease of use.

Vann cited Latinos’ early adoption of new technologies and saturation of the smartphone market as a possible reason for Pew’s finding that young, urban Hispanic youths were using Tumblr at a more rapid pace than anyone else.

“If you look at Tumblr’s Hispanic audience, you see a group of young, bilingual, bicultural people,” he said. “At home, they’re probably speaking Spanish and watching novelas with their parents, at school they’re hanging out with friends speaking English. They’re not Mexican; they’re not American. They’re this new thing.”

While Vann has a hard time convincing his conservative clients to adopt a Tumblr presence, Univision News, the Spanish-language news network, has found more than 42,000 fans on the site. According to Univision spokesperson Nuria Net, the goal with starting Univision’s English language Tumblr was to go to where its audience already was. Until the network developed a freestanding blog last year, Tumblr was its main publishing platform.

“It was the best decision we could’ve ever made, because we were engaging directly with millennial Hispanics, our target audience,” she said. “Users’ reaction was always one of pleasant surprise, such as ‘Wow! Univision is on Tumblr, and in English! I used to watch Univision at home with my parents/grandparents.’

“The fact that we were another user on Tumblr, speaking their language—in this case, English—and publishing relevant stories on that platform, won us many loyal fans.” 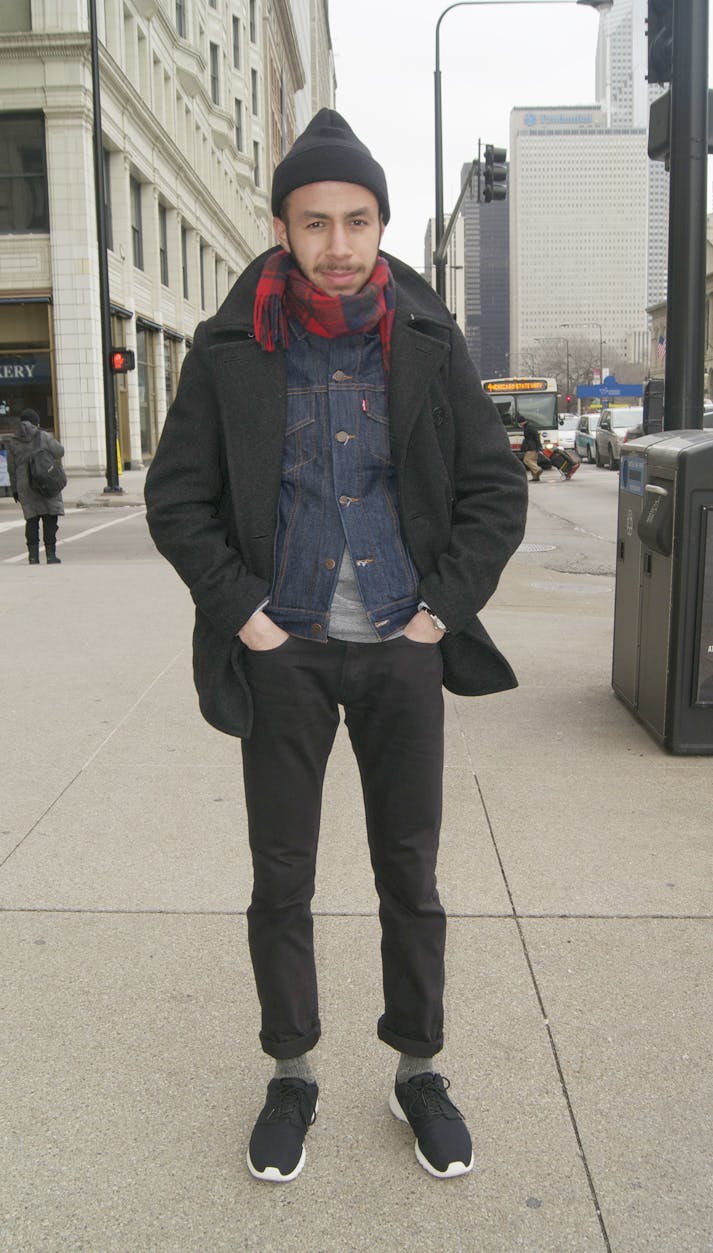 Perhaps nowhere is Latinos’ bilingual Tumblr presence more noticeable than in ever-popular Spanish language visual memes. “Ola K Ase” is the Spanish language version of a LOLcat going “O hai,” in which an animal (usually an alpaca) clumsily asks the viewer what’s up. “Ay Si Ay Si,” is another visual gag, which relies on a sarcastic Neil deGrasse Tyson drawing to deliver its punchline.

Of course, this isn’t to say that all, or even most, of Tumblr’s Latino users speak Spanish—or that Latino users purely discuss Latino things. While it’s easy to find blogs dedicated to Hispanic issues, that’s only scratching the surface of a diverse group of Tumblrs, only a fraction of which have anything to do with ethnicity. 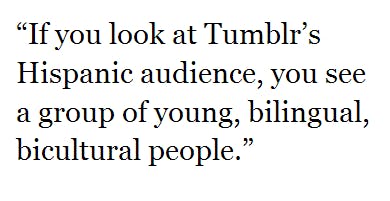 Andrea Lopez, marketer and Tumblr evangelist, says it’s important to remember that “not every moment of Latino existence on Tumblr is a musing on being Latino.”

“Tumblr can seem hard to define from the outside, and it’s easy to paint it with broad brush strokes,” she said. “David Karp has a great quote: ‘It’s easy to generalize Tumblr. With 43 billion posts, whatever you find, you’ll find a lot of it.’”

Still, the fact that Tumblr’s Hispanic users can’t be easily grouped or defined is a strong indicator of the community’s vastness, and a stumbling block to marketers like Vann’s attempts to reach them.

“They’ve elusive,” he said. “Even if you spend a lot of of time searching for Hispanics on Tumblr, you might not find them. They’re busy talking about music, fashion, and other interests instead.

“Do you use Spanish or English to reach them? Sometimes it’s hard to tell. They’re bicultural, experimenting with their identities. And to many users, that’s the appeal of Tumblr.”