Who wouldn't built this thing if they had the time and expertise?

Just because something is legal, does that mean you have to do it? That’s the question at the core of the YouTube video “My Homemade 40W LASER SHOTGUN!!!!!”

Spoiler alert: It’s every bit as epic as its trail of exclamation points suggests.

“There’s no, no good reason for anybody to own something this powerful,” Anthony explains in the video. “But because it wasn’t illegal for me to build, I decided to build it anyways.”

Look at that beam! 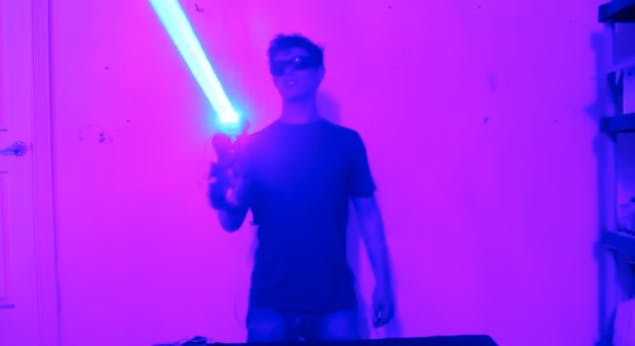 As Anthony demonstrates, the gun can burst several balloons and light wood and paper on fire in the matter of seconds.

He even starts a small chemical fire in his garage, because he is the laser emperor and what he says is law: 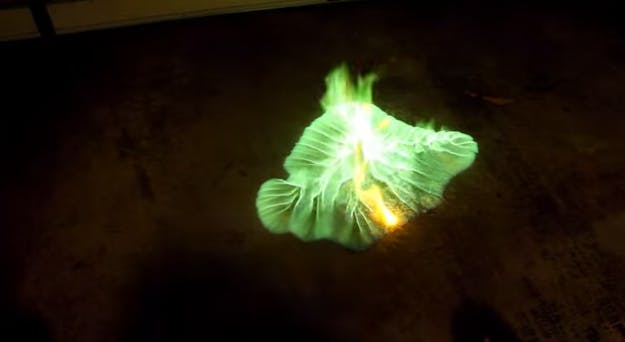 Anthony has a history of crazy creations, including a “homemade death ray laser drone bot” and, of course, a homemade lightsaber:

All hail the laser lord.