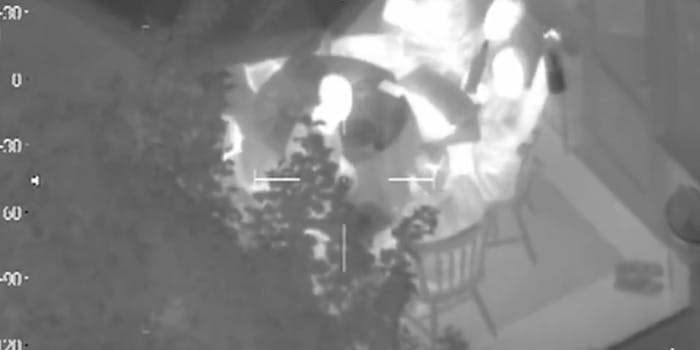 During an evening of drinking in their garden, one group of people in the West Midlands of England decided it would be smart to aim their green laser pen at an overhead unit of the National Police Air Service’s West Midlands branch.

Using the kind of spy gear you usually only see in movies, the police isolated the miscreants behind their shining light, as the merry band swore, waved bottles and kept on shining the pesky laser at the helicopter. Meanwhile the police reported the incident to local patrolling officers. Within minutes officers arrived in the garden to the surprise of the group.

Chris Vowles, the man responsible for shining the laser, was sentenced last Thursday to a seven-month suspended sentence, 250 hours of community service and £400 in fees.