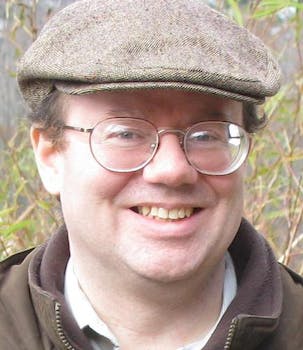 Wikipedia cofounder Larry Sanger on his next revolution

Larry Sanger is about to unveil a new way to crowdsource information. It's not a wiki or a blog, and it might be revolutionary.

Larry Sanger helped launch a revolution when he cofounded Wikipedia in 2001. Now he may be ready to start another.

Sanger left the encyclopedia in 2002 after funding for his position ran out—and after frequent clashes with the community.

“I might have continued to participate,” Sanger wrote in 2004, “were it not for a certain poisonous social or political atmosphere in the project.”

Since then, Sanger has become one of Wikipedia’s most reliable and earnest critics. In a widely circulated 2004 essay, he pinned the encyclopedia’s problems with reliability and trolls on an “anti-elitist culture,” which championed the wisdom of the crowd over the solid knowledge of experts. (On Wikipedia, not only can anyone edit, but anyone can become an administrator, holding sway over subject matter for which they have no special knowledge.)

With his new venture, which will be his first “dot com,” as he puts it, Sanger promises that he’ll be “returning to his crowdsourcing” roots.

The project is still shrouded in mystery. All we know about it is based on cryptic tweets and a Columbus, Ohio craigslist ad he post earlier today for a new developer.

“My new project will show the world how to crowdsource high-quality content—a problem I’ve long wanted to solve. Not a wiki,” he wrote on Twitter.

Here’s what we learned from the Craigslist ad:

This isn’t Sanger’s first return to crowdsourcing. In 2007 he launched Citizendium, intended as a direct competitor with Wikipedia with an increased focus on reliability and editorial oversight (it required users to register with their real names, for instance). Despite lofty goals, Citizendium never really took off.

I asked Sanger if he could pull back the curtain just a tad bit more and reveal some juicier details about the project, but he declined.

“We don’t even have a signup form on the front page and, who knows, even the name might change between now and the time I’m inviting strangers to an beta test session,” Sanger wrote. “We have a rough demo, some serious investor interest, and lots of thought behind a great new idea.”