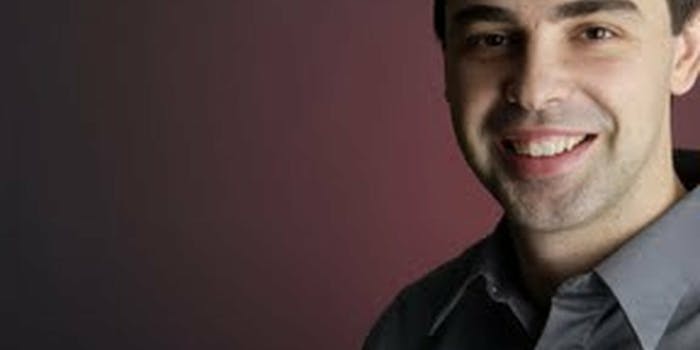 Google cofounder topples Mark Zuckerberg as most followed on Google+

The Facebook founder had been the most circled person on Google’s Facebook competitor since shortly after the service was launched this past summer. Page had been circled by 600,871 Google+ users Monday morning, compared to Zuckerberg’s 598,903.

Circles are roughly equivalent to follows on Twitter or “likes” on Facebook and are the network’s most basic metric of popularity.

Most users sharing the news Monday morning seemed underwhelmed by the development, showing little interest in the horse-race nature of the announcement.

“Larry Page is the most circled G+ user – you’d have thought so!” @NewTricksDotco added.

The embarassment has been more symbolic than strategic as Google+ has struggled to gain users from Facebook. More recently reports surfaced that Google co-founder Sergey Brin initially thought Google+ was too complicated.

It’s not clear what pushed Page over his rival. Zuckerberg has not shared anything on his Google profile yet, whereas Page updates his Google+ profile every few days, on average.